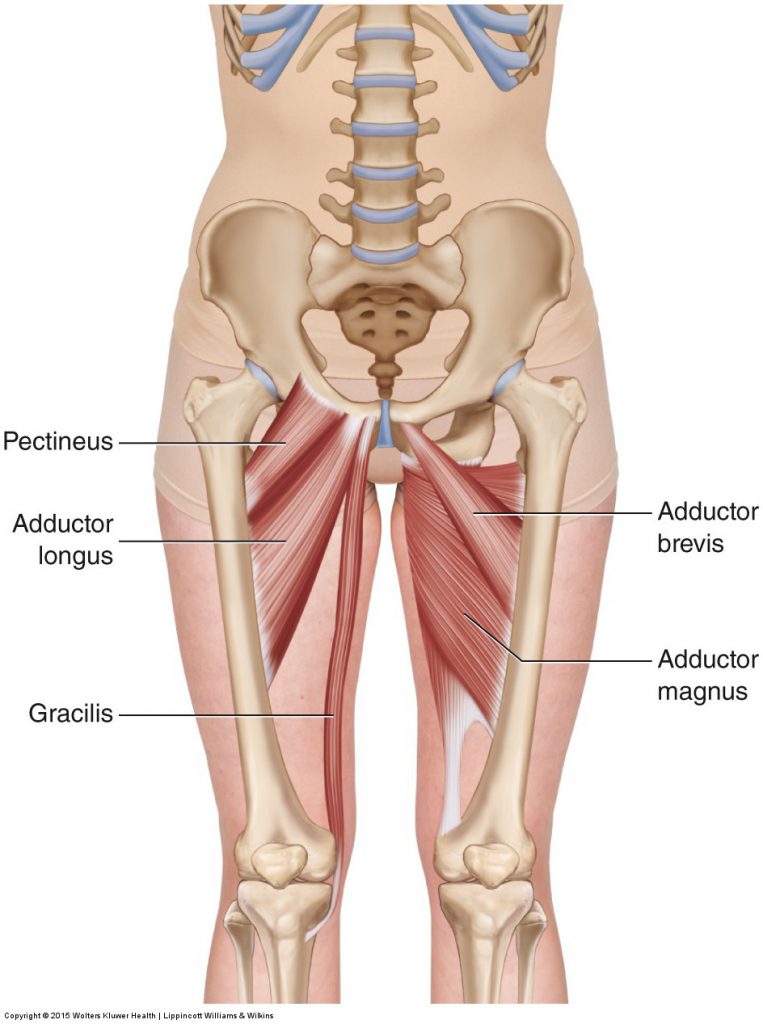 The Adductor Group is composed of (from lateral to medial) the: