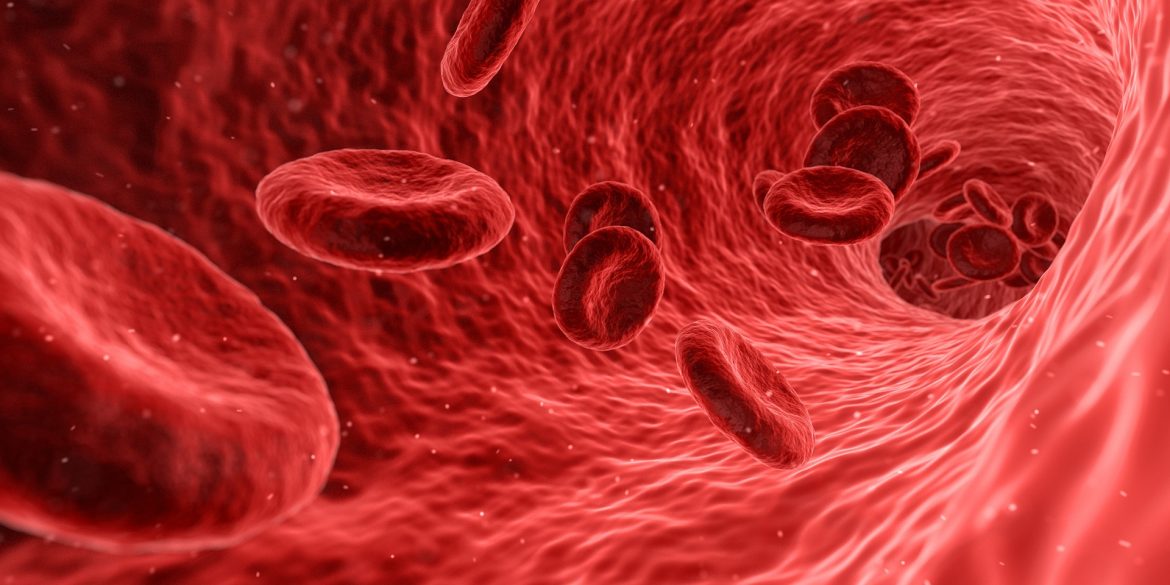 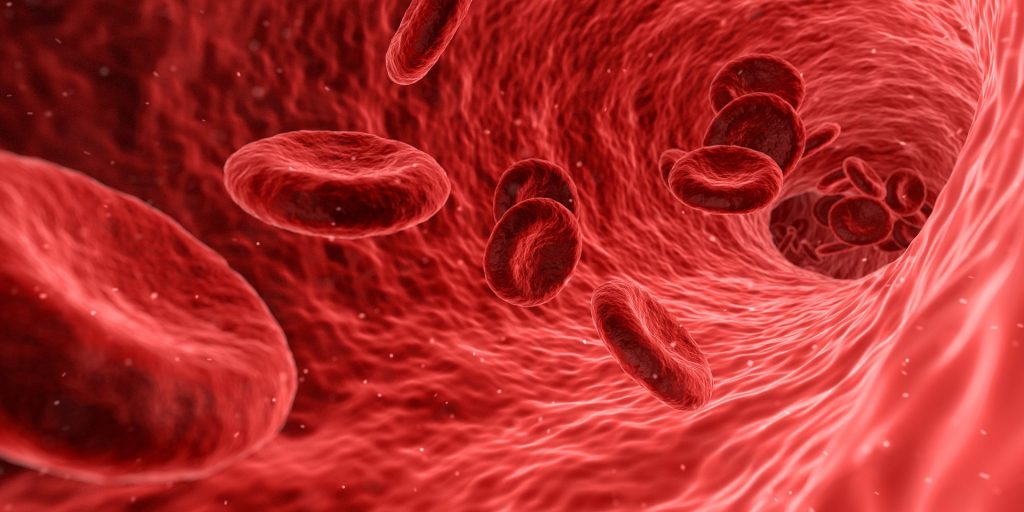 An increase in blood circulation to muscle tissue is one of the most promoted positive effects of massage. One reason for this is that improved blood circulation is supposed to deliver more oxygen and other nutrients to the muscle tissue. For example, a 2017 research study demonstrated a positive relationship between an increase in blood flow and performance recovery between bouts of high-intensity exercise. Some trials have been carried out to investigate the effect of massage on blood flow, but the results are inconclusive and conflicting.

According to Niki Munk, LMT, PhD from Indiana University, the problem with addressing blood circulation changes in muscle tissue or in any tissue is a methodology issue, i.e., how blood circulation is measured. A review paper published in 2005 showed that there are conflicting results on the effect of massage on blood circulation; the outcomes depend on measurement techniques.

While this might seem easy enough, measuring so-called “muscle hemodynamic” (blood circulation) properties is not straightforward. Most studies, which investigated the effect of massage on blood circulation, do not directly measure the change in blood circulation; rather, they inferred it from the arterial width, blood velocity, or skin temperature.

Some studies measure the effect of massage (usually in the lower extremities) on arterial blood circulation using Doppler Ultrasound instruments. The Doppler Ultrasound measures changes in large arteries and veins. However, this method is not sensitive to blood circulation in the smaller vasculature, such as the capillary beds, thus this method measures blood velocity only in macro-regions rather than in specific micro-regions of muscle tissue.

Did you know that Digital COMT (Digital Clinical Orthopedic Manual Therapy), Dr. Joe Muscolino’s video streaming subscription service for manual and movement therapists, has an entire folder of video lessons on Complementary Alternative Medicine (CAM)? Digital COMT adds seven new video lessons each and every week. And nothing ever goes away! Click here for more information.

A study from Portugal tested application of massage in two directions: from ankle to knee and a reverse direction from knee to ankle in 16 healthy subjects. A 5-minute massage was applied to one knee while the other knee served as the control. Local microcirculation blood flow was measured using laser Doppler flowmetry. The results showed that both directions of massage increased surface blood circulation. It is interesting to note that the study showed that both treated and resting (control) limbs showed increased blood circulation. 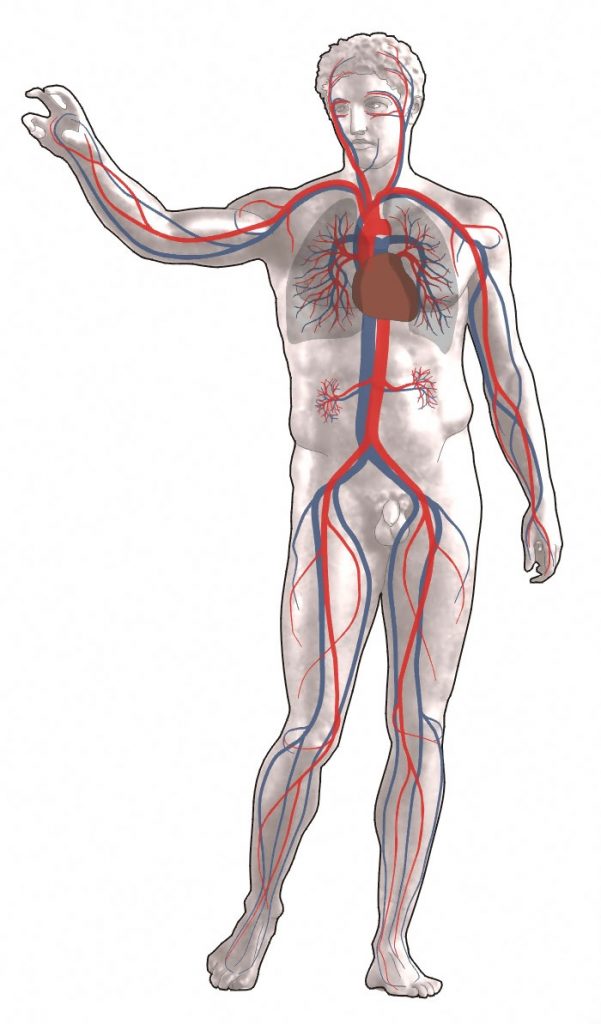 Many studies measure skin temperature related to massage. Skin rubbing or friction can produce local heating and hyperemia within the rubbed area. The local rise in skin temperature theoretically indicates an increase in blood flow to the area. Massage has been shown to increase skin temperature in the following regions: neck and shoulder, calf, and legs. However, this temperature effect is only temporary, and the temperature rise was not found in deeper muscle tissue (1 inch / 2.5 cm from the skin surface).

Studies that did directly measure blood flow in the skin in the legs and lumbar muscles mostly agree that massage increased surface blood flow.

Niki Munk, LMT, and researchers from University of Kentucky, proposed the use of new technology with near-infrared spectroscopy (NIR) which can non-invasively measure dynamic information on oxy-hemoglobin and deoxy-hemoglobin concentrations, total hemoglobin concentration, and blood oxygen saturation in deep tissue. The authors demonstrated the use of this instrument to evaluate the effect of massage on muscle microcirculation. Immediate increase in calf muscle blood flow (from 100 to 142%) was found following an 8-minute lower limb massage on a 28-year-old woman.

In a separate study from 2017, the NIR spectroscopy method was used to compare the acute effects of myofascial techniques and Kinesio Tape on blood flow in the lumbar paraspinal musculature. The results showed that myofascial techniques increased peripheral blood flow in the paraspinal muscles in healthy participants compared to Kinesio tape and sham TENS application.

This is especially true of venous flow and lymphatic flow because they are not “directly related” to heart function. Venous and lymphatic circulations are based on the “muscular pump” in which muscle contractions physically compress venous/lymphatic vessels, causing a mechanical flow back toward the heart.

However, the primary focus of this blog post article and the studies mentioned herein is to measure the effect of massage on arterial blood circulation. Again, given that there is a component of arterial circulation that is mechanical, after all, blood flow is technically a mechanical process, then it would make sense that massage would be able to affect arterial flow.

The mechanism for the ability of massage to increase arterial blood flow could be that it increases venous and lymphatic flow back to the heart, which then increases fluid in the system, thereby increasing blood pressure and therefore arterial blood flow. It is also possible that massage milks the fluid through the arteries, which then increases the draw from the capillary/venous end of the circulation. And perhaps the increased arterial circulation is due to a neurological stimulus of some kind in response to the work on the peripheral myofascial tissues. Or perhaps, it is due to a combination of all three of these factors, and perhaps others.

Regardless of the underlying mechanism, there seems to be a growing number of studies that do show a correlation between massage therapy and arterial circulation. Although these studies at present seem to be inconsistent in their findings, the fact that many of them do show a causal relationship is encouraging. There does seem to be sufficient evidence, and mechanically it does makes sense, to be able to claim that massage can have a beneficial effect on arterial blood flow, and therefore circulatory health. We certainly look forward to further studies on this subject.

(Click here for the blog post article: The Effect of Massage Therapy on Blood Pressure in Prehypertensive Women.)

Did you know that Digital COMT (Digital Clinical Orthopedic Manual Therapy), Dr. Joe Muscolino’s video streaming subscription service for manual and movement therapists, has an entire folder of video lessons on Complementary Alternative Medicine (CAM)? Digital COMT adds seven new video lessons each and every week. And nothing ever goes away! Click here for more information.