The Anatomy Trains Myofascial Meridians concept by Tom Myers is quite popular amongst manual and movement therapists. However there has been little scientific evidence to support this concept until recently. Jan Wilke and researchers from Goethe University in Frankfurt, Germany searched for the evidence on the existence of six myofascial meridians, as proposed by Tom Myers in 1997. The study was published in the March 2016 issue of Archives of Physical Medicine and Rehabilitation.

The researchers in this metastudy (a metastudy is a study that reviews a body of previous studies) looked for relevant human anatomical dissection articles published between 1900 and December 2014 in scientific publication databases. The authors appraised peer-reviewed anatomical dissection studies that reported morphological continuity between the muscular components of the myofascial meridians. Also, papers on general anatomy of the corresponding body region were also searched. A continuity between two muscles was only documented if two independent investigators agreed that it was clearly reported. Also, two independent investigators rated methodological quality of included studies. The review identified 6589 articles. Of these, only 62 papers met the inclusion criteria.

Did you know that Digital COMT (Digital Clinical Orthopedic Manual Therapy), Dr. Joe Muscolino’s video streaming subscription service for manual and movement therapists, has six folders with video lessons on Manual Therapy Treatment, including an entire folder on Stretching, as well as a folder on Pathomechanics, another on Anatomy, and many more? Digital COMT adds seven new video lessons each and every week. And nothing ever goes away! Click here for more information. 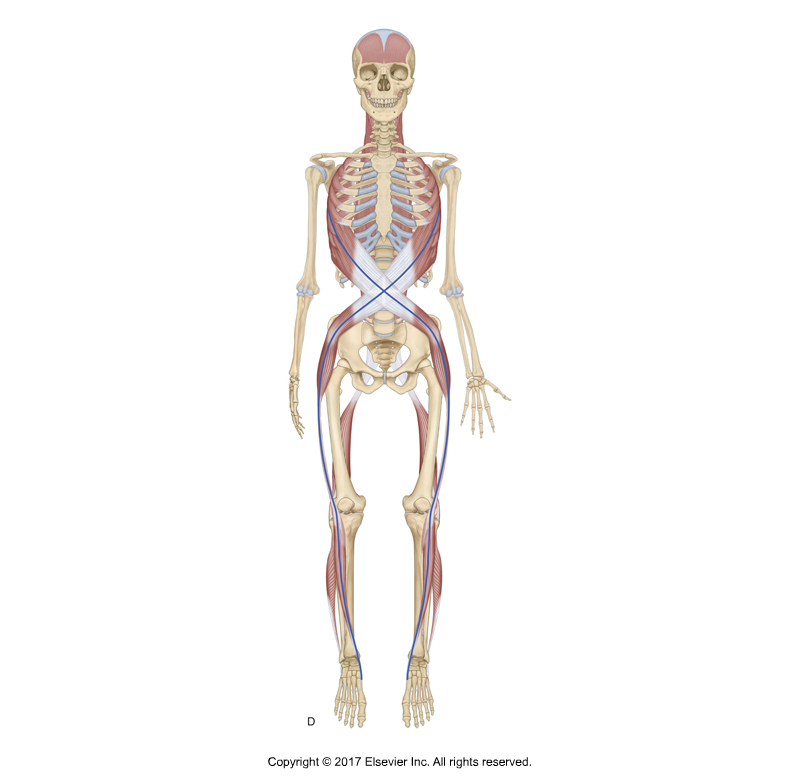 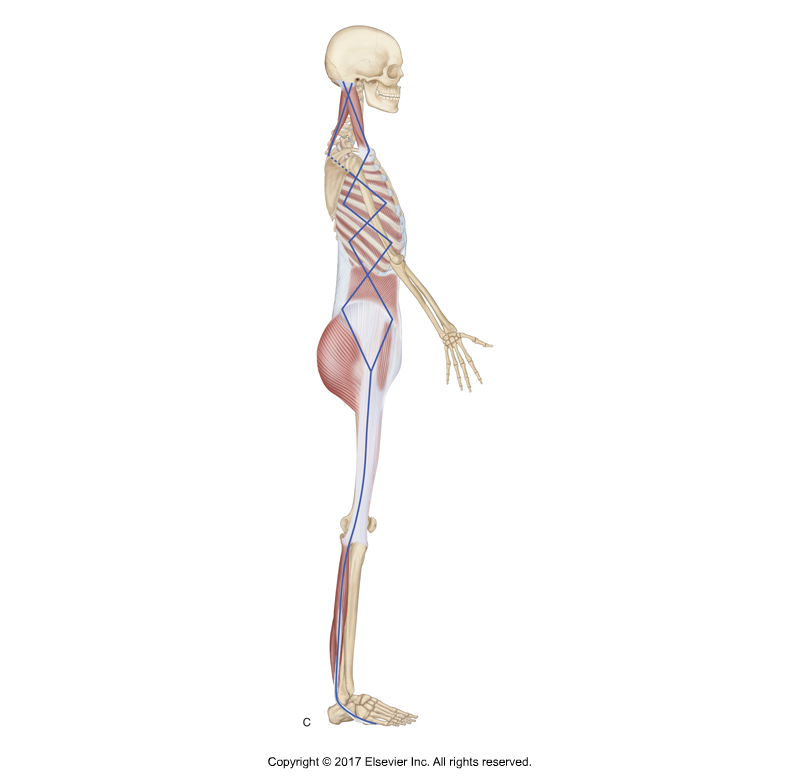 No evidence exists for the Superficial Front Line (no verified transition, seven studies). There is no reported structural connection between the rectus femoris muscle and rectus abdominis. Also, sternalis, which is suggested to be the cranial continuation of rectus abdominis, exists only in a small percentage of the population. Even if present, it does not fuse consistently with the rectus abdominis.

I recently published another metastudy review of myofascial meridians. Even though there was certainly some consistency between these two studies, it is interesting to see how one study compared to another can differ. As a general rule, differing results in studies on the same subject can point to not only the inconsistency that can occur from how one study to another is carried out, but also to how a metastudy review can differ from another metastudy review based on how the previous studies are considered (inclusion criteria, etc.). And there is always some subjective judgment both in the conclusion of any one study as well as the manner in which studies are reviewed in a metastudy.

I will also add something that I added to the previous metastudy blog post article. That is that functional lines myofascial meridians are considered to be ‘functional’ in that their tension transfer is only apparent when the body is functionally in certain positions, which are not likely the positions in which the cadavers are studied (they are more likely to be in position that is close to anatomic position). Certainly, even for this functional continuity within a certain position to be present, there would have to be some continuity in anatomic position as well. However, it is likely that the continuity is much less apparent when the cadaver/body is in anatomic position, and therefore much less likely to be found.

The authors suggested that the practical relevance is twofold. First, the existence of the myofascial meridians might help to explain the phenomenon of referred pain. For example, myofascial trigger points in the calf have been shown to elicit pain that radiates to the sole of the foot and the posterior thigh.

A second aspect relates to therapy and training of the musculoskeletal system. Treatment according to myofascial meridians could be effective in reducing back pain. Several studies have shown that low back pain patients display reduced hamstring flexibility. Overload injuries in competitive sports represent another entity of pathologies, which possibly occur due to the presence of myofascial meridians. Recent studies indicate that tightness of the gastrocnemius and the hamstrings are associated with plantar fasciitis. Groin pain or athletic pubalgia is suggested to be provoked by a tight adductor longus and a weak rectus abdominis. Strain transmission along meridians would both open a new frontier for the understanding of referred pain and provide a rationale for the development of more body-wide holistic treatment approaches.

Did you know that Digital COMT (Digital Clinical Orthopedic Manual Therapy), Dr. Joe Muscolino’s video streaming subscription service for manual and movement therapists, has six folders with video lessons on Manual Therapy Treatment, including an entire folder on Stretching, as well as a folder on Pathomechanics, another on Anatomy, and many more? Digital COMT adds seven new video lessons each and every week. And nothing ever goes away! Click here for more information.