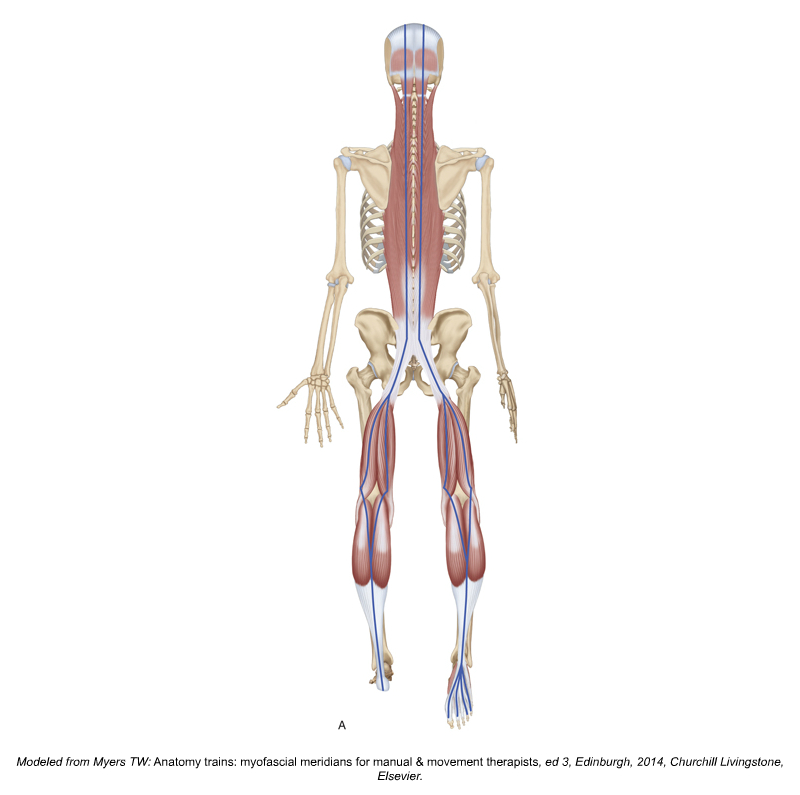 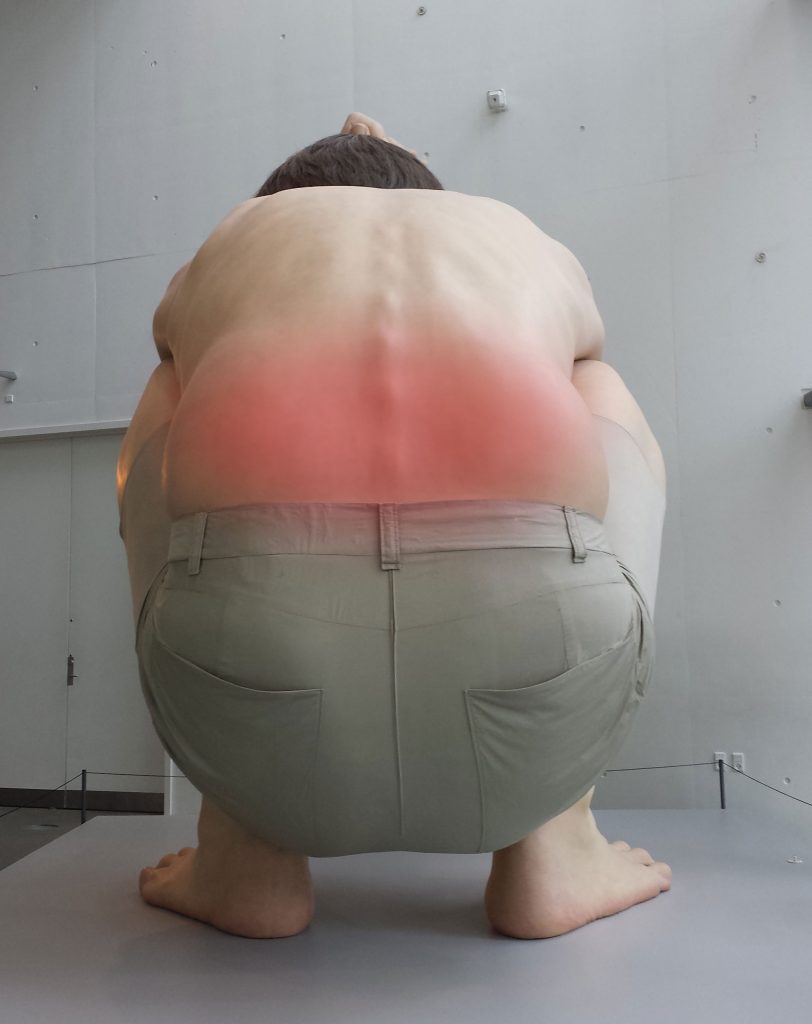 The Superficial Back Line Myofascial Meridian is usually described as comprising the following structural connections from the foot to the head:

Study of Superficial Back Line Myofascial Continuity and Low Back Pain

Researchers from Haifa, Israel examined muscle activations along the superficial back line in LBP patients compared to healthy controls. The study was published in Journal of Back and Musculoskeletal Rehabilitation.

The results of the experiment showed muscle activation along the Superficial Back Line that was observed during distant movement (plantarflexion distally or neck extension superiorly). More specifically, during active plantarflexion and during active neck extension, significantly greater muscle activation was found in the low back erector spine musculature of the LBP group than the control group. Muscle activation in other regions of the Superficial Back Line (gastrocnemius, hamstrings, and erector spine at the level of T6) was also observed to be greater in the LBP group than the healthy controls, however the difference was not statistically significant.

The authors concluded that LBP may cause or result in activation of the low back musculature when contractions occur elsewhere along the Superficial Back Line. The implication of this study is that perhaps therapists should expand the scope of their treatment with patients/clients to include work along the entirely of the myofascial continuity within which pain is present.

However, the present study described here looks at the kinematic chain of myofascial continuities a bit differently. Instead of focusing on the distribution of passive fascial tension forces throughout the line, this study looks at how the presence of pain somewhere along the myofascial continuity line can result in increased facilitation of active muscle contraction (in other words, muscle tightness) elsewhere along the line. This study only looked at this concept applied to the Superficial Back Line in patients with low back pain. However, it does seem to be a reasonable extrapolation that this concept of increased muscle facilitation may occur within other myofascial continuities. Therefore, unless further research is found to disprove this, it seems to be a reasonable conclusion that therapists might be wise to expand their manual and movement therapy to the entirely of the myofascial continuity. Certainly, at the least, the entirely of the line should be assessed to determine if the need for this expanded treatment is valid.