Share This
Congratulations on learning the bones and joints! Click here to learn the muscles with our Muscle Anatomy Master Class. Learn more…

Anterior view of the spinal column. 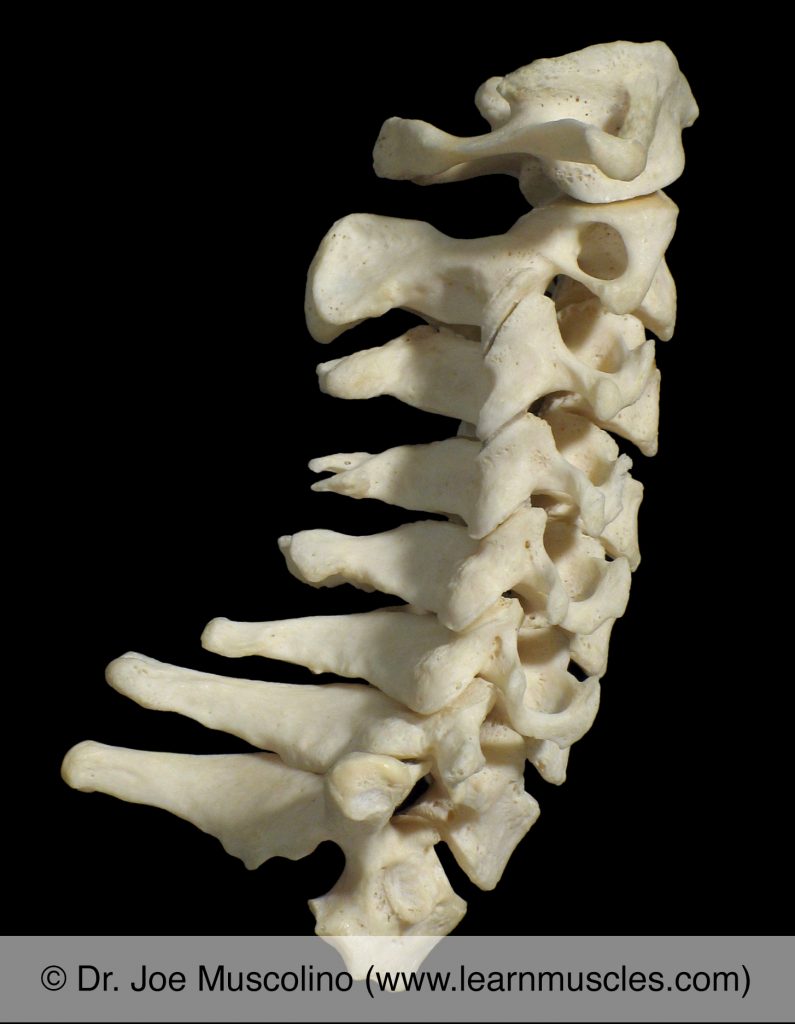 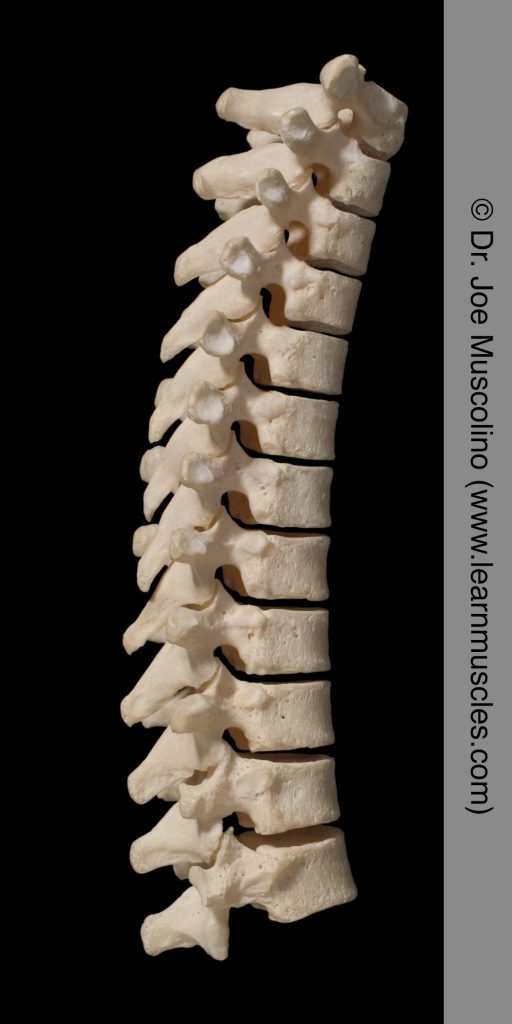 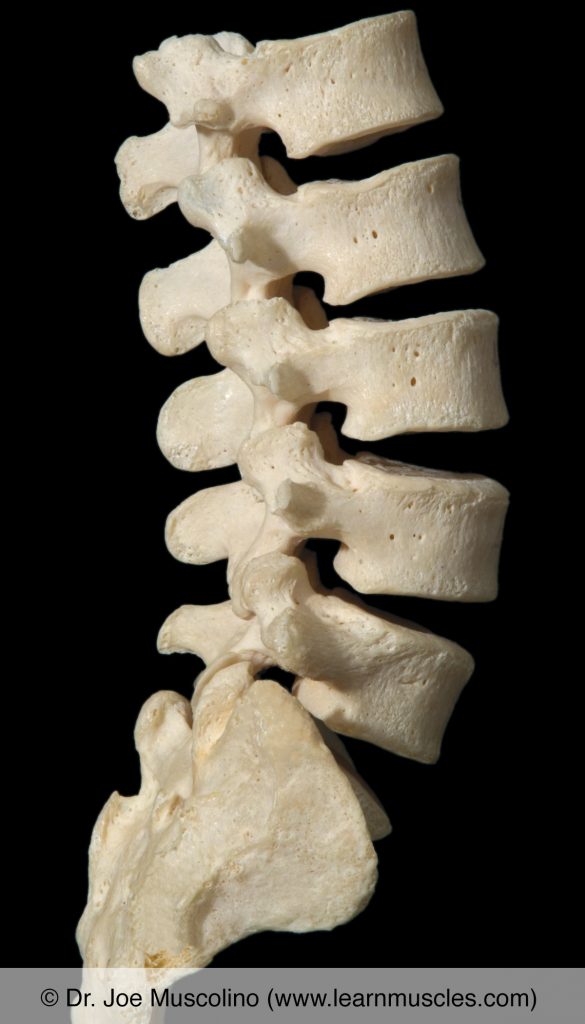 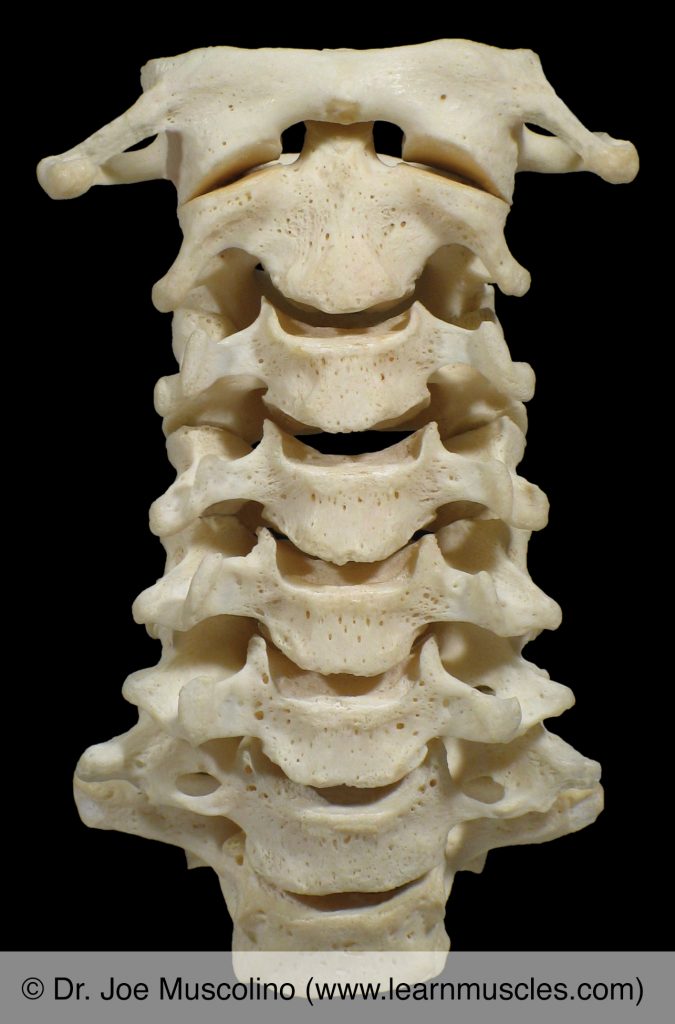 Anterior view of the cervical spine. 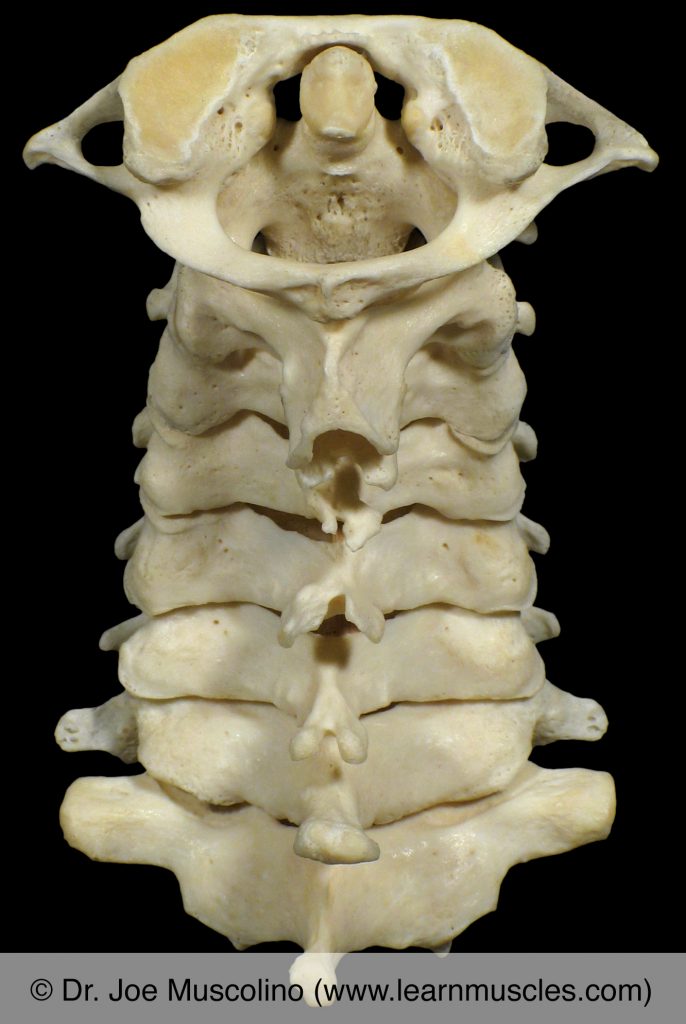 Posterior view of the cervical spine. 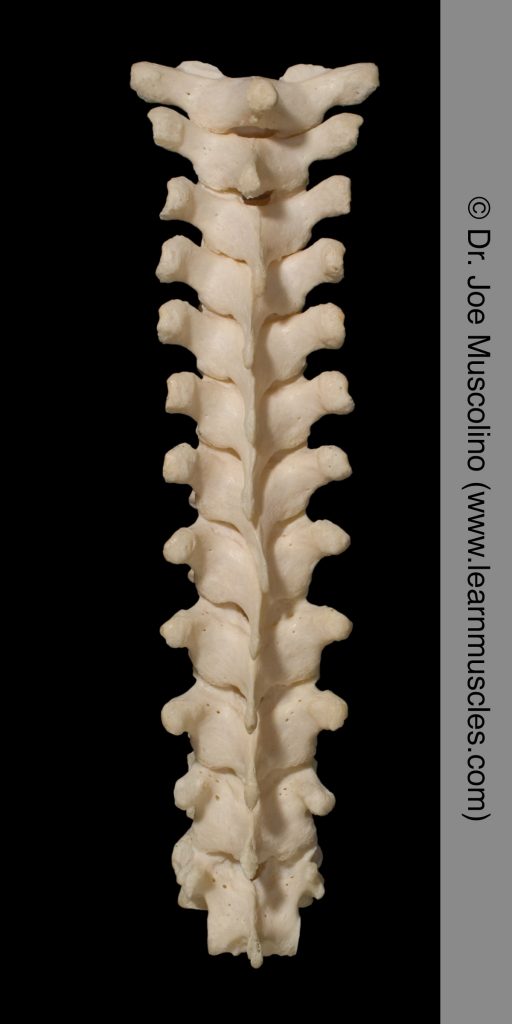 Posterior view of the thoracic spine. 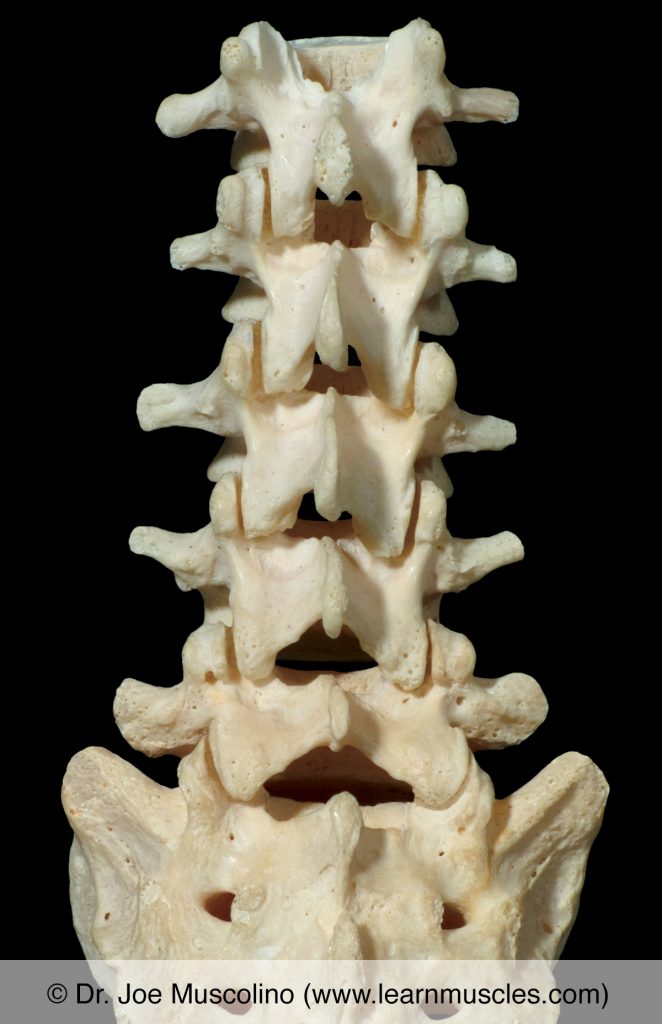 Posterior view of the lumbar spine. 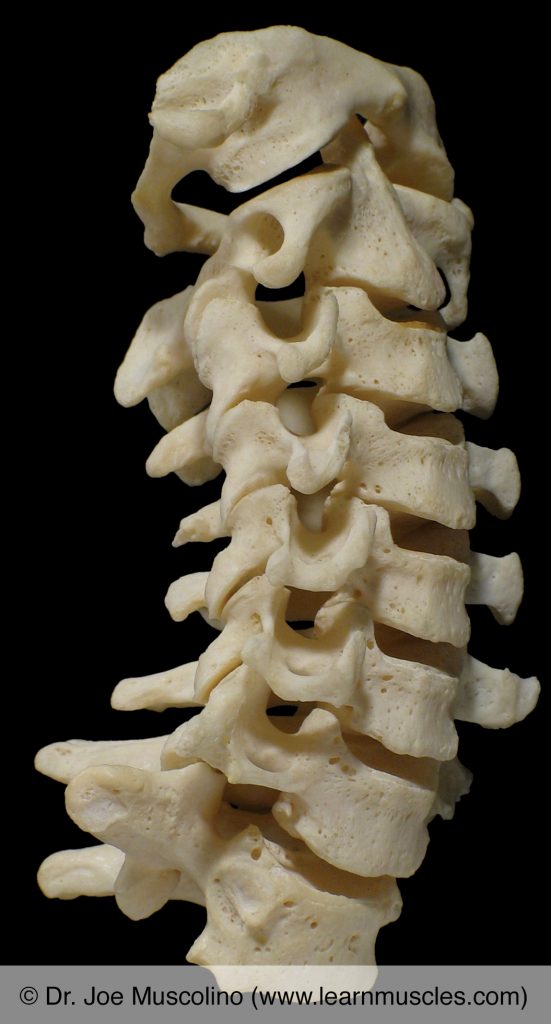