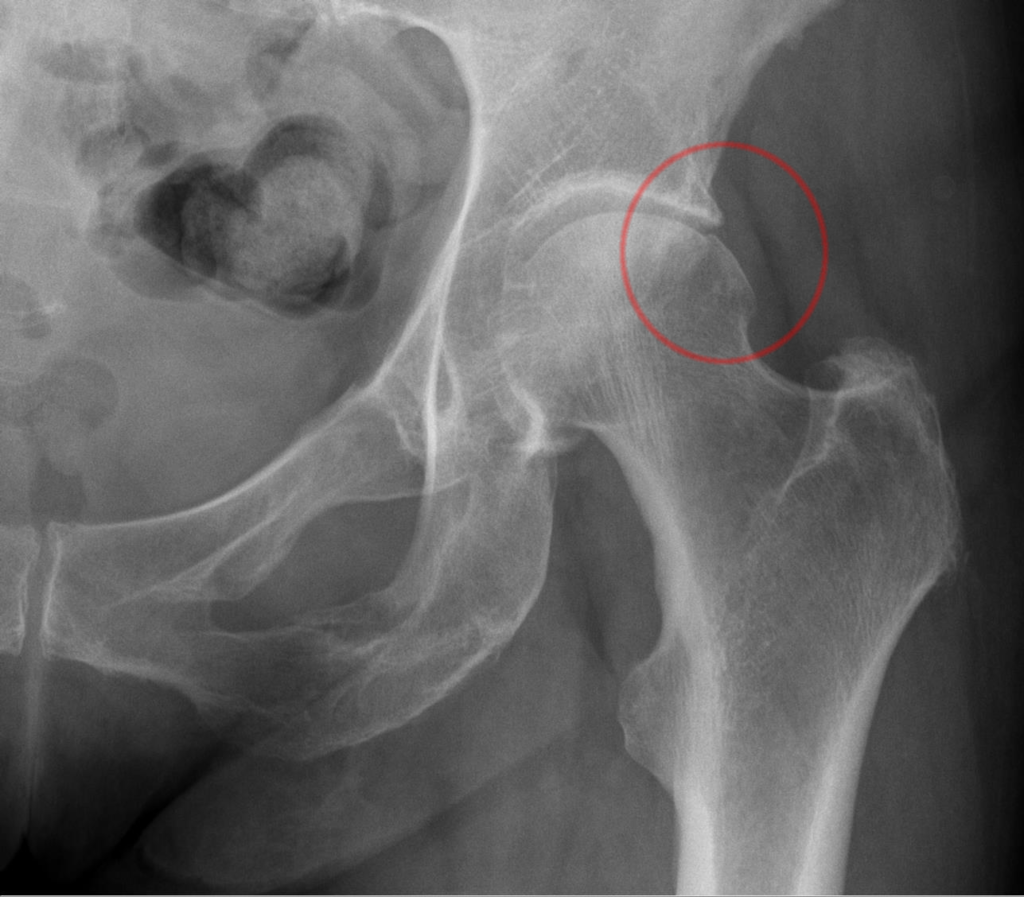 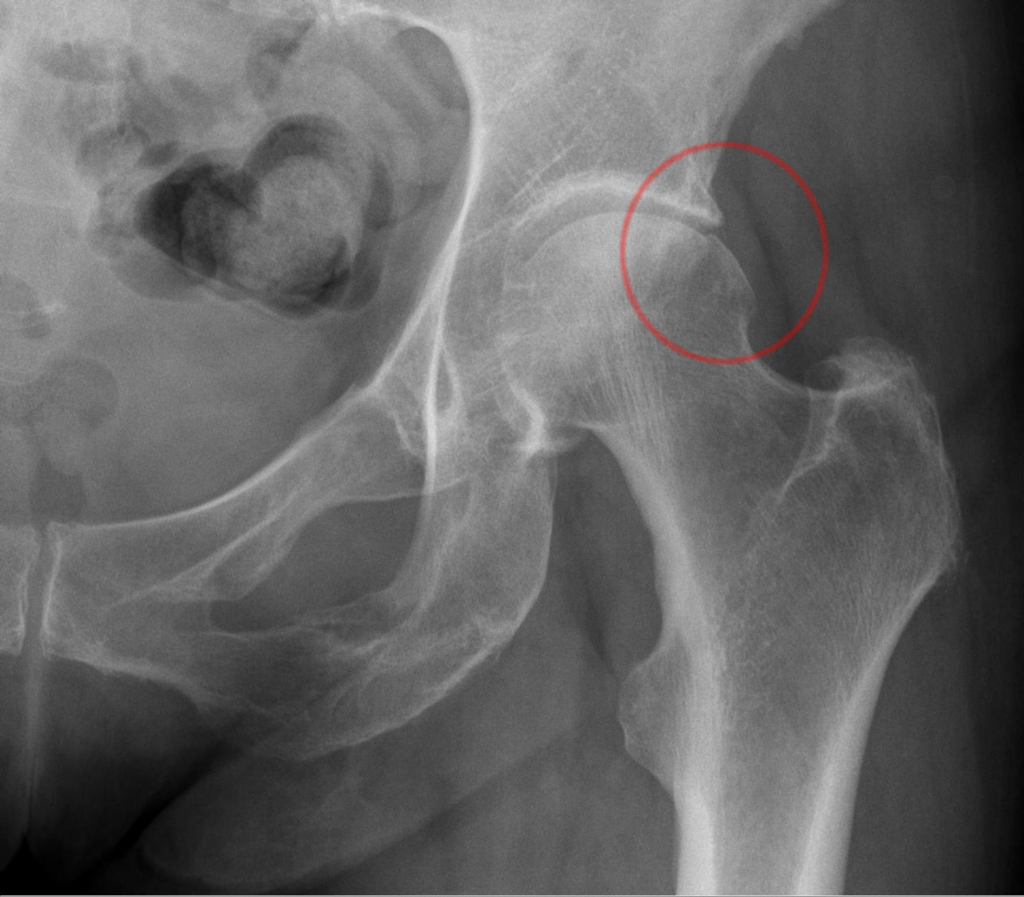 The problem is that the abnormal shape of the femur and/or acetabulum does not allow for proper roll and glide of the joint surfaces along each other, hence impingement of the bones occurs during motion. This impingement often results in damage to the cartilaginous labrum of the joint or the articular (hyaline) cartilage of the joint. The poor mechanics will also likely lead to early degenerative osteoarthritic changes, which can result in calcium deposition bone spurs that further the impingement.

Femoroacetabular impingement syndrome has a complex presentation of morphology, symptoms, and clinical signs. It often presents with hip pain, groin pain, stiffness, and/or restricted range of motion of the hip joint.

Diagnosis is usually made in two ways. Clinically, it is confirmed by reproduction of the impingement pain with certain characteristic movements, usually flexion, adduction, and internal (medial) rotation of the femur at the hip joint. In fact, reproduction of the characteristic pain of this syndrome with these movements is considered to be 90% reliable for the diagnosis to be accurate. Diagnosis is also made by X-Ray analysis (or other imaging technology) that demonstrates the abnormal bony shape. However, presence of the abnormal bony shape in and of itself is not diagnostic for femoroacetabular impingement syndrome; pain with movement must also be present for the diagnosis to be made. It is common for people with the abnormal bony shape to be symptom free. In fact, cam morphology has been reported in up to 60%–90% of athletic populations. However, the factors that delineate those who develop impingement symptoms and those who do not are unclear.

But mechanically, given the altered kinematics, altered bony shape would seem to be a predisposition for femoroacetabular impingement syndrome, with its concomitant signs and symptoms, to occur. When the characteristic pain of this condition is present with movement, confirmation by X-Ray is usually done. 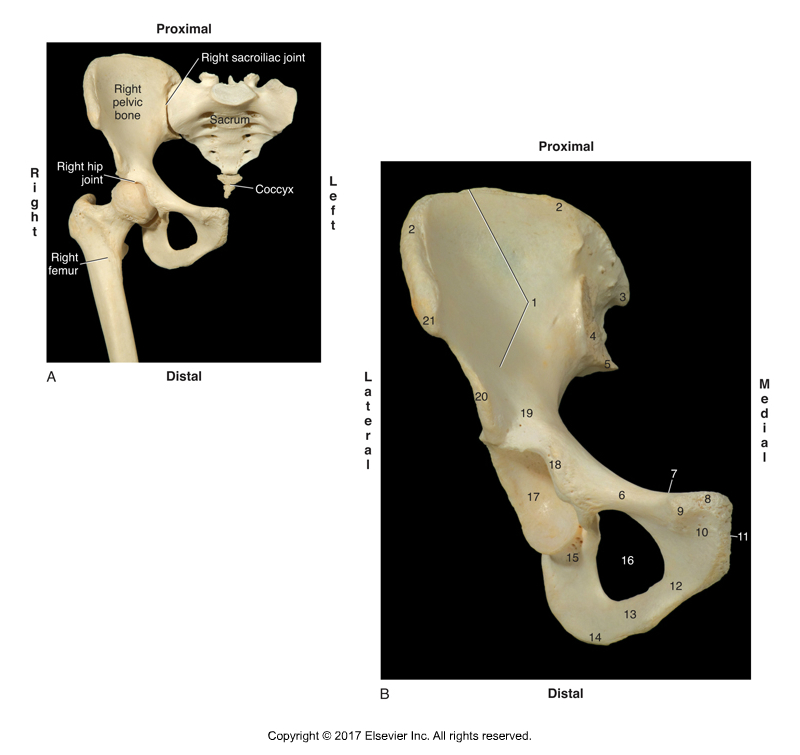 Since femoroacetabular impingement syndrome is a movement-related condition, biomechanical impairments associated with this condition may play a role in symptom development and persistence, as well as play a role in structural joint deterioration over time. In other words, clients with this condition will likely change their movement patterns in an effort to avoid the pain of the condition. These altered movement patterns may then, in turn, contribute over time to further functional and structural problems at the hip joint, let alone at other elements of the kinematic chain of the lower extremity.

Did you know that Digital COMT (Digital Clinical Orthopedic Manual Therapy), Dr. Joe Muscolino’s video streaming subscription service for manual and movement therapists, has an entire folder with video lessons on Pathomechanics? Digital COMT adds seven new video lessons each and every week. And nothing ever goes away! Click here for more information.

The review found that patients with femoroacetabular impingement syndrome walked with a decreased range of motion of hip extension, internal rotation, and external rotation. They also squatted to a lesser depth. This review suggests that patients with femoroacetabular impingement syndrome may demonstrate hip biomechanical impairments during walking and squatting. At present, there is minimal literature available to comment on other tasks.

Although there is often a lag between structural deformity and functional impairment and/or pain (the human body can put up with quite a lot of structural change without necessarily having altered function or pain), any belief in the consequences of altered biomechanics would suggest that having a structural deformity would have some type of functional consequence, let alone pain. The results of this review study do show that people with femoroacetabular impingement syndrome, in other words, those who are symptomatic, do have altered joint ranges of motion. Decreasing range of motion in any direction would by necessity decrease the stretching/lengthening of the tissues on the “other side” of the joint, for example, the antagonist musculature. This would likely lead to tighter/tauter tissues in time, that could then create further dysfunction (for example, fascial adhesion) and/or pain. Once an initial myo-fascio-skeletal dysfunction begins, compensations will inevitably occur, which will then create their own dysfunctions, which will then lead to their own compensations, etc., etc. For this reason, the best advice is always to try to avoid the initial occurrence of the problem in the first place, or address the issue as soon as possible once dysfunction or pain begins. The age-old saying “an ounce of prevention is worth a pound of cure” are words to live by.

(Click here for the blog post article: How Can Tight Muscles of the Hip Joint Cause a Scoliosis?)

Did you know that Digital COMT (Digital Clinical Orthopedic Manual Therapy), Dr. Joe Muscolino’s video streaming subscription service for manual and movement therapists, has an entire folder with video lessons on Pathomechanics? Digital COMT adds seven new video lessons each and every week. And nothing ever goes away! Click here for more information.