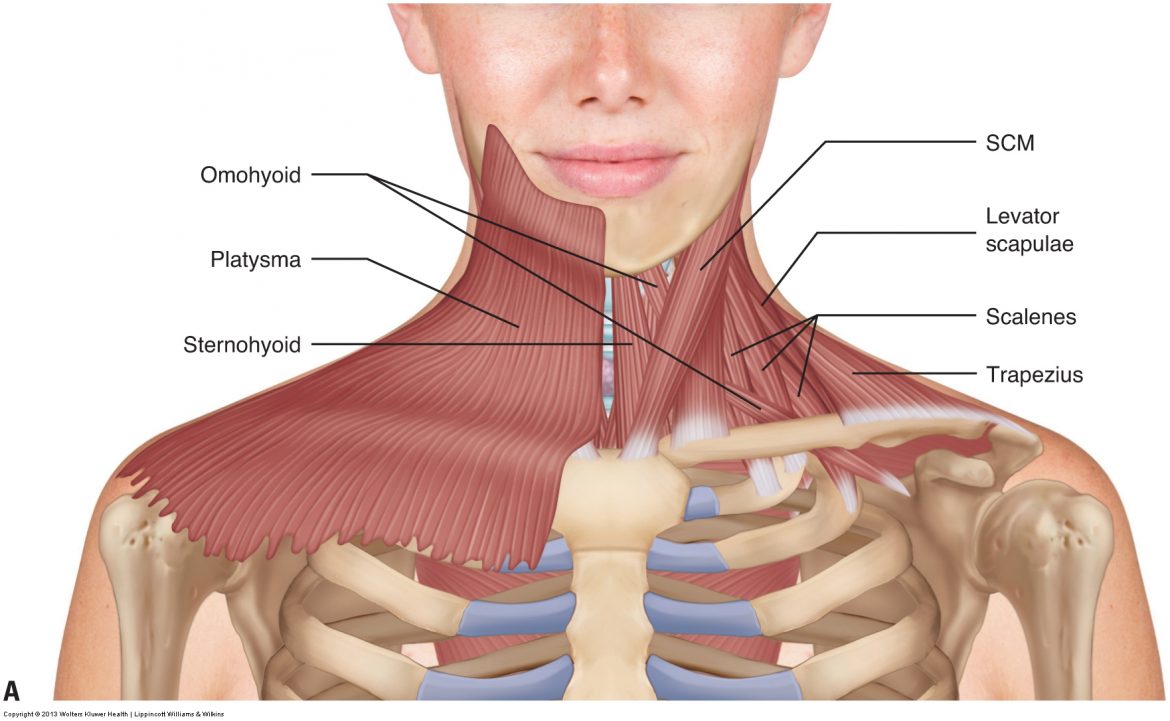 To perform clinical neck treatment that is accurate and specific, the therapist needs to know the attachments and actions of the muscles of the neck. For example, to know where to place the palpating hand when applying deep tissue work into the neck, the manual therapist must know the attachments of the target muscle to be worked to be able to locate the target muscle accurately. 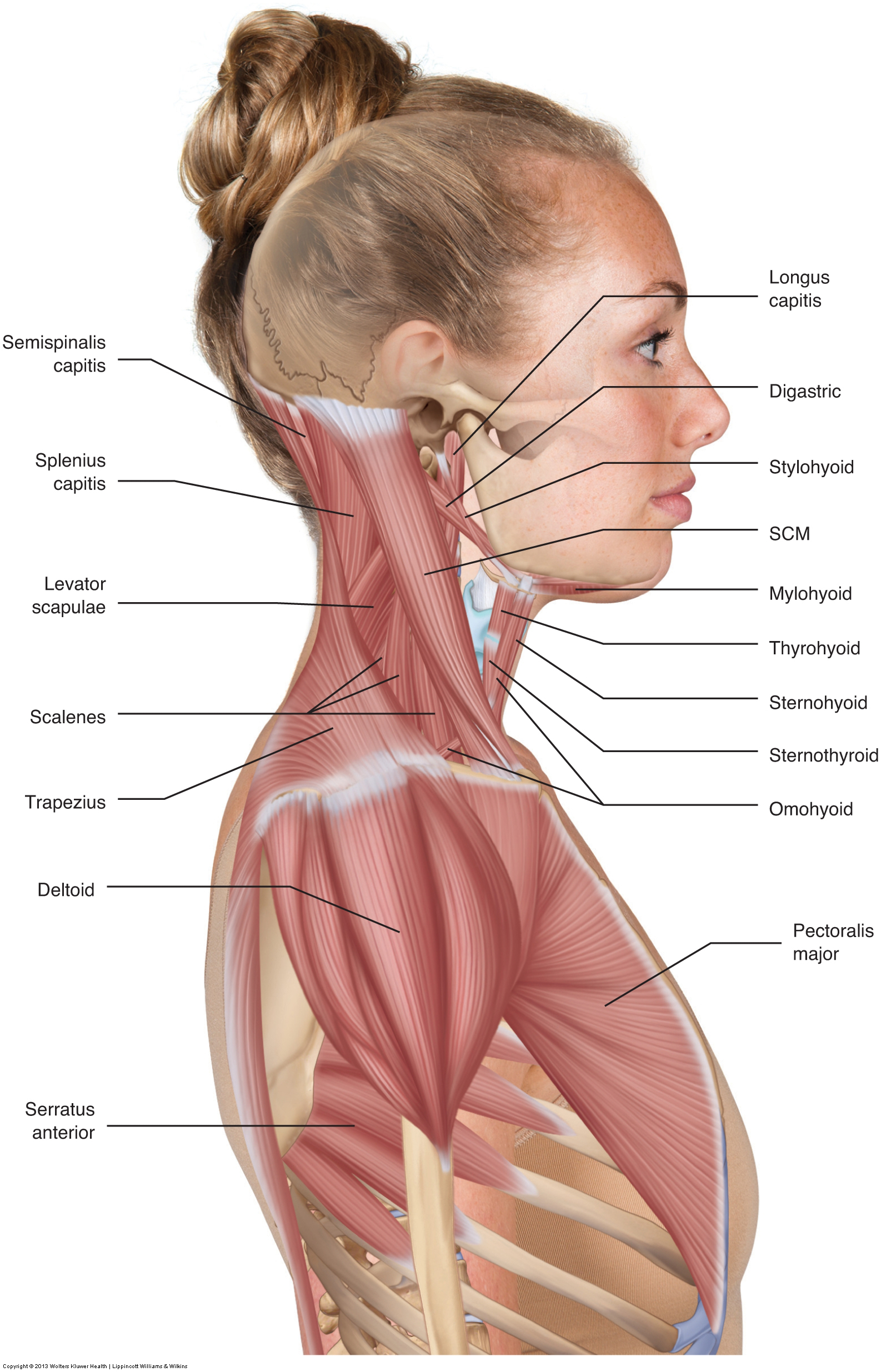 The muscles of the neck can be divided into posterior and anterior groups:

Although this division is not perfect (e.g., the sternocleidomastoid is anterior at its inferior attachments but posterior at its superior attachments), it is a good beginning framework. It is also helpful to view the muscles as being located either on the right side or the left side of the neck.

Therefore, for this article’s purposes, the neck muscles may be divided into four major structural groups, each in its own quadrant: 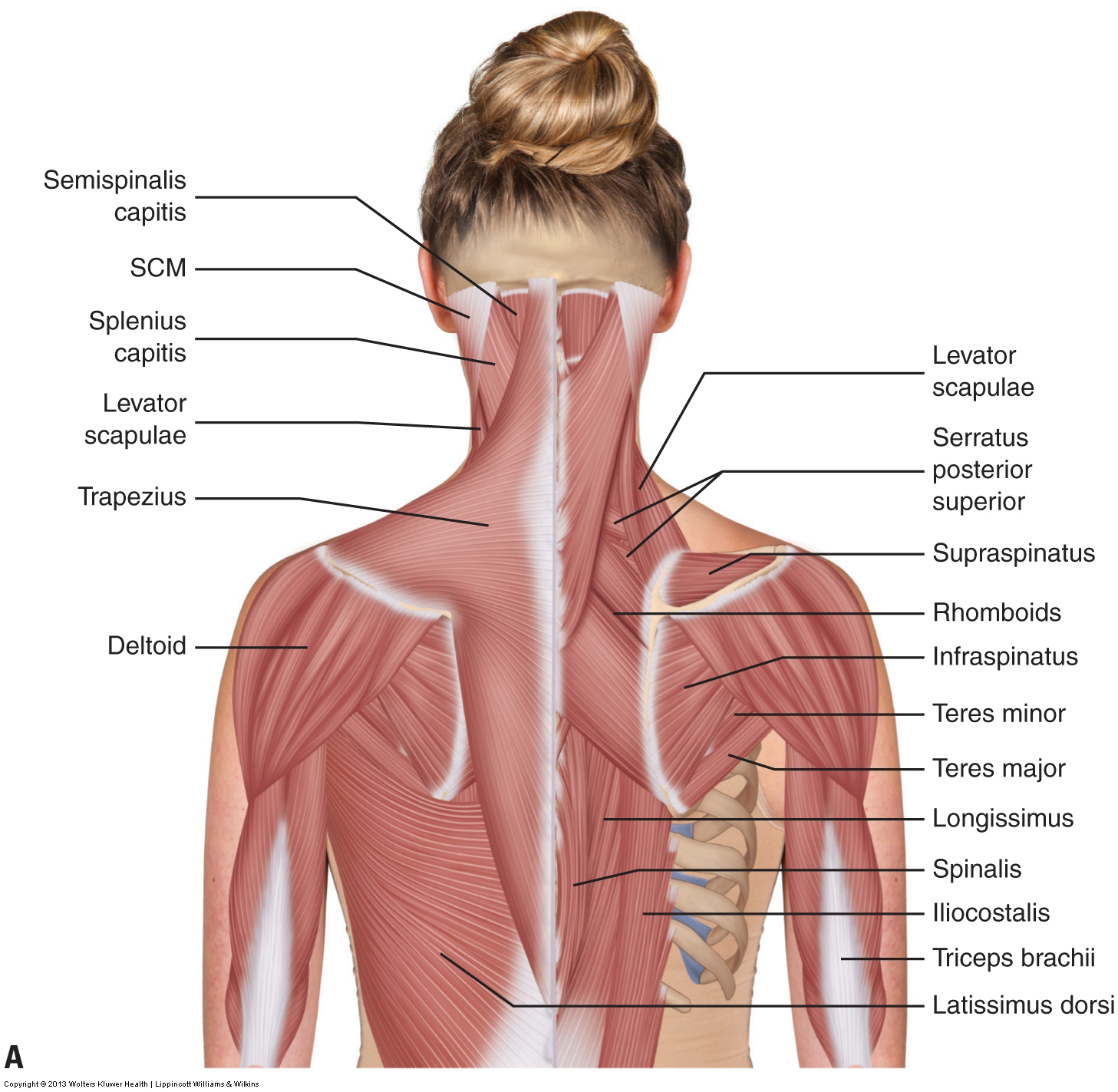 It is also important to know the rotation action of the target muscle when treating it. The rotation component of a muscle’s actions is more challenging to visualize immediately because it is less dependent on the muscle’s structural location, as noted in the previous paragraph. As with all muscles, the direction of the muscle’s line of pull determines the muscle’s action, and the direction of the muscle’s fibers essentially determines the line of pull. Muscles of the neck that perform flexion, extension, right lateral flexion, and/or left lateral flexion must have a vertical component to their fiber direction. Muscles of the neck that perform right or left rotation must have a horizontal component to their fiber direction; in fact, it can be helpful to view them as partially “wrapping” horizontally around the neck. Thus, considering the fiber direction of a neck muscle is important when determining its rotational ability. 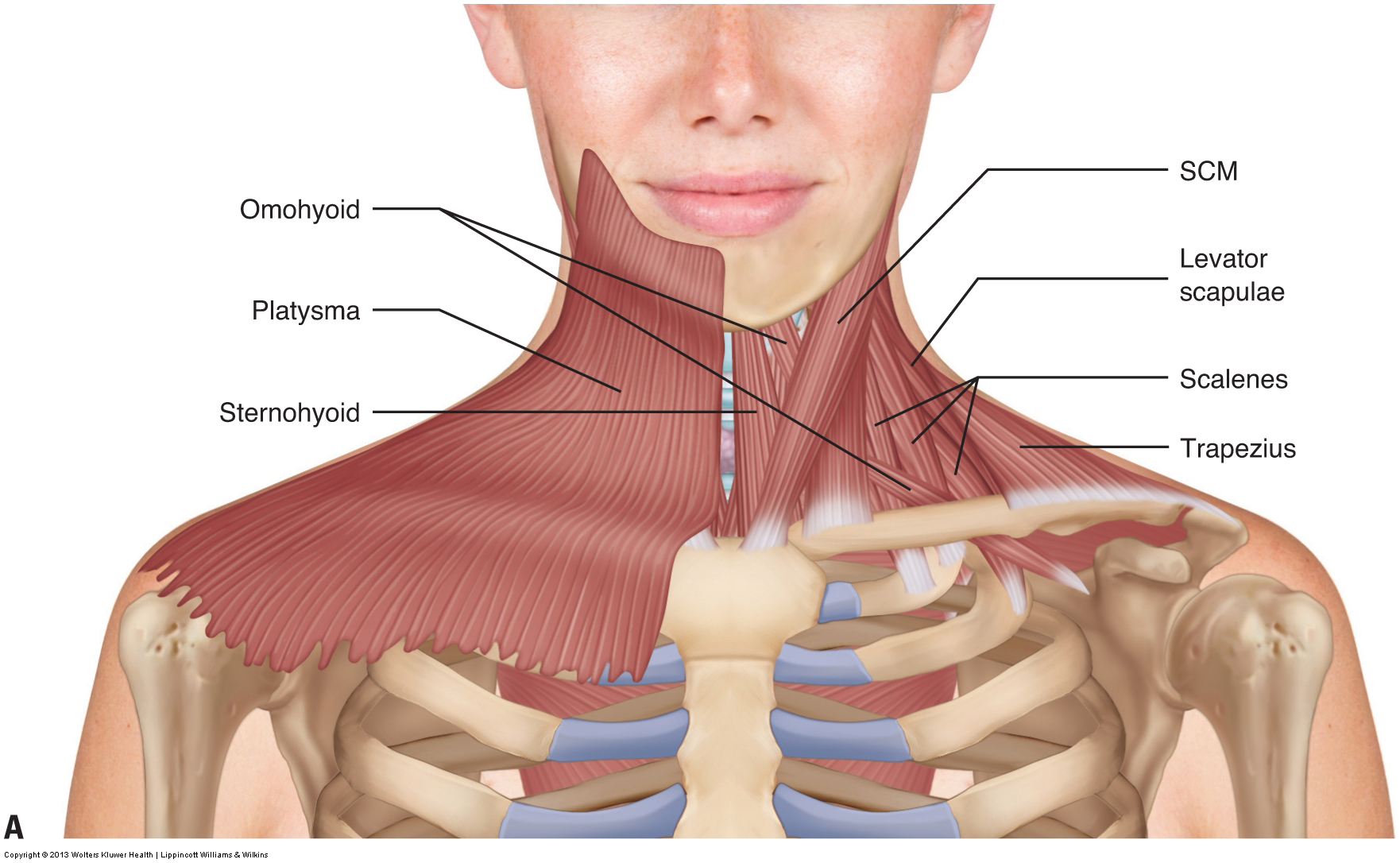 These six major functional groups are not mutually exclusive. A muscle can be a member of more than one functional group. For example, the upper trapezius can extend, laterally flex, and contralaterally rotate the neck at the spinal joints. Knowledge of the functional group actions of musculature is critically important when learning to perform multiplane stretching, which is presented in later blog posts.

So, for all students and therapists, a good guideline to follow is: Before memorizing the detailed actions of each neck muscle, it is helpful first to visualize each muscle within its larger structural and functional groups. 🙂

Note: This blog post article is the fourth in a series of six posts on the