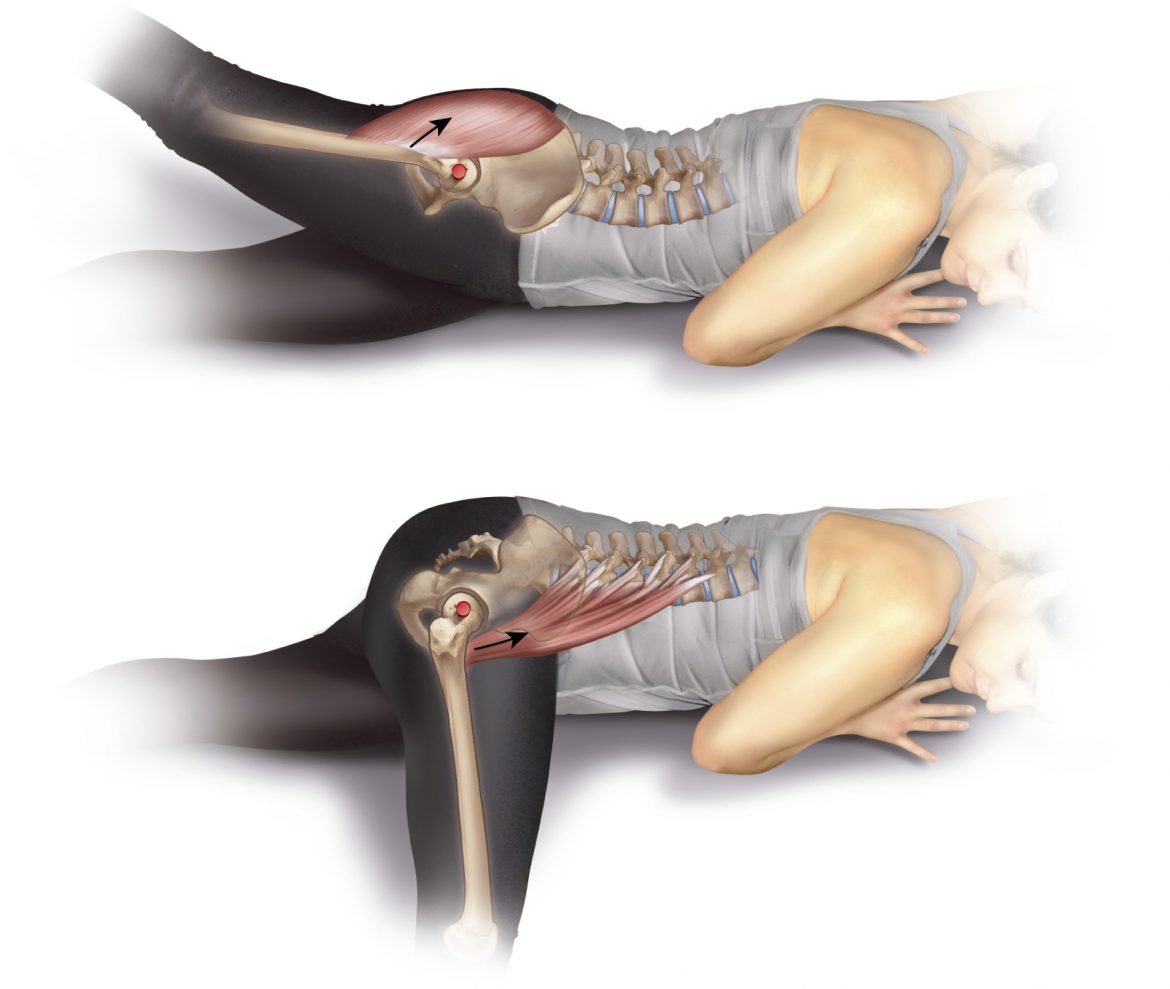 The 11 articles in this series are: 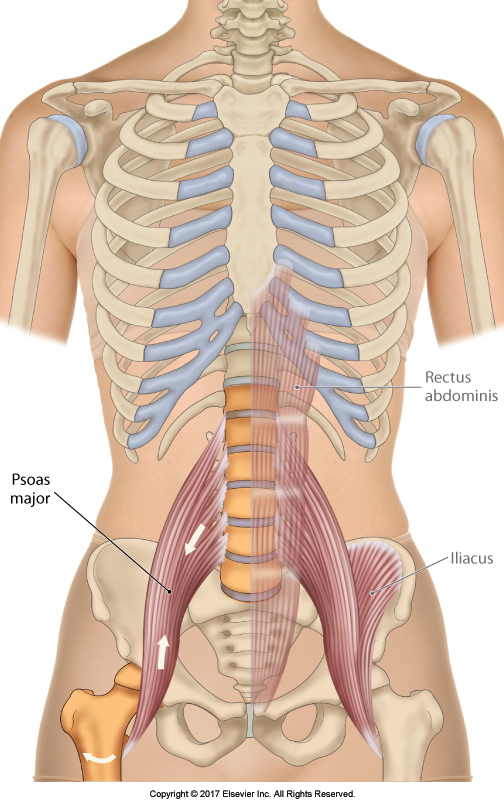 Figure 1. Anterior view of the psoas major muscles. The left iliacus has been drawn in; and the left rectus abdominis has been ghosted and drawn in. Reproduced with kind permission from Muscolino, J. E., The Muscular System Manual: The Skeletal Muscles of the Human Body (4th ed.). Elsevier. Art work by Giovanni Rimasti.

The psoas major is a multijoint muscle that spans from the thoracolumbar spine to the femur. Its proximal attachments are the anterolateral bodies of T12-L5 and the discs between, and the anterior surfaces of the transverse processes of L1-L5; its distal attachment is the lesser trochanter of the femur (Figure 1) (15). Because the psoas major blends distally with the iliacus to attach onto the lesser trochanter, these two muscles are often described collectively as the iliopsoas. Some sources also include the psoas minor as part of the iliopsoas (5). Although variations occur for every muscle, including the psoas major, its attachments are fairly clear. What are not entirely clear are the biomechanical effects that the psoas major has upon its attachments, especially upon the spine. Indeed, in this regard, the psoas major is likely the most controversial muscle in the human body.

A typical muscle attaches from the bone of one body part to the bone of an adjacent body part, thereby crossing the joint that is located between them (Figure 2). The essence of muscle function is that when a muscle contracts, it creates a pulling force toward its center (14). This pulling force is exerted on its attachments, attempting to pull the two body parts toward each other. There are also resistance forces that oppose the movement of each of the body parts. Most commonly, this resistance force is the force of gravity acting on the mass of each body part and is equal to the weight of the body part. 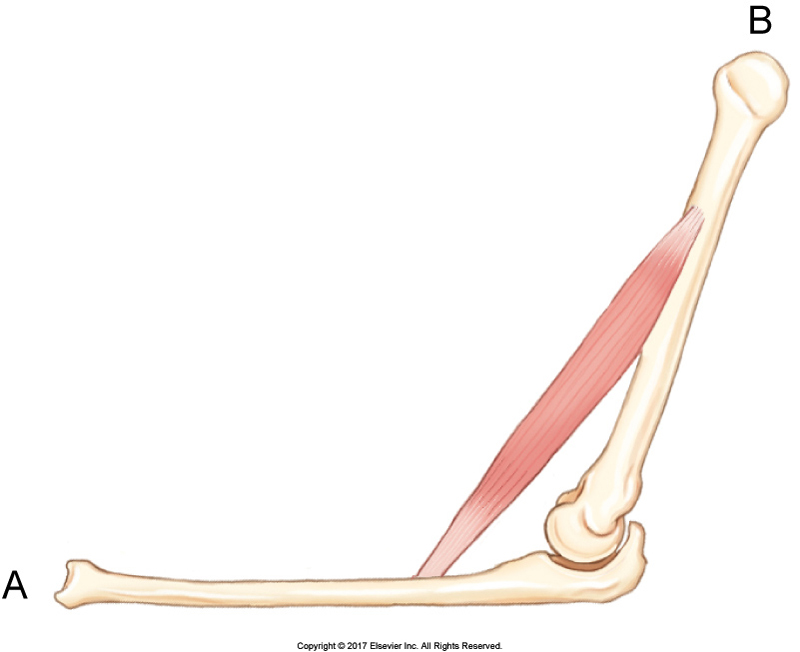 Figure 2. A typical muscle attaches to the bones of two adjacent body parts, thereby crossing the joint located between them. Reproduced with kind permission from Muscolino, J. E., The Muscular System Manual: The Skeletal Muscles of the Human Body (4th ed.). (2017) Elsevier. 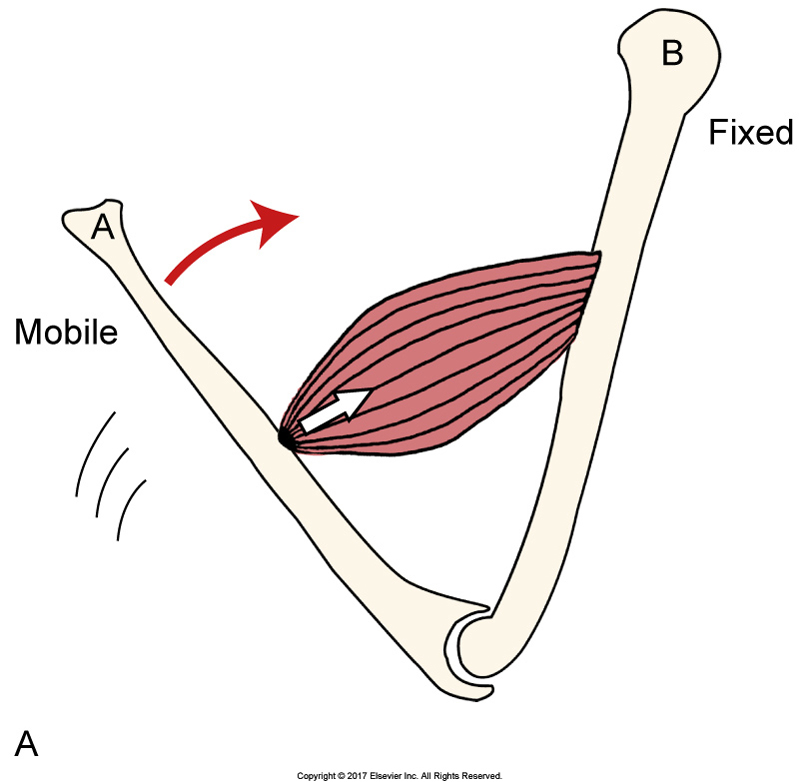 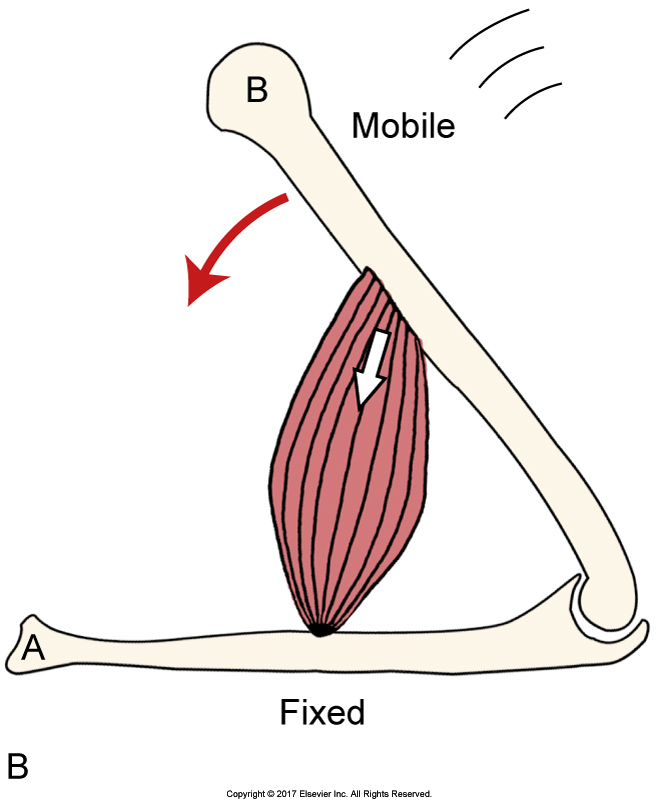 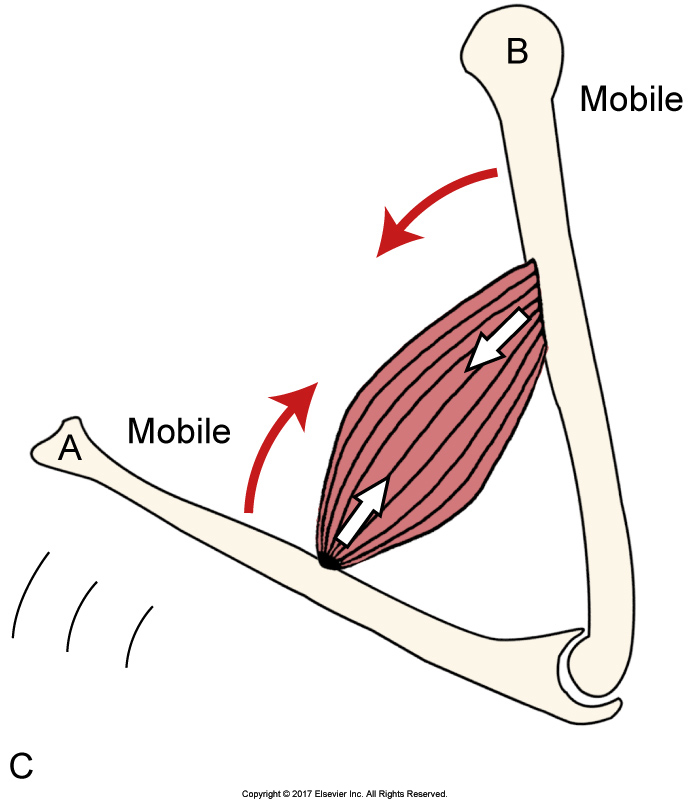 Figure 3. Concentric contractions of a muscle. A, Attachment “A” moves. B, Attachment “B” moves. C, Both attachments “A” and “B” move. Reproduced with kind permission from Muscolino, J. E., The Muscular System Manual: The Skeletal Muscles of the Human Body (4th ed.). (2017) Elsevier. 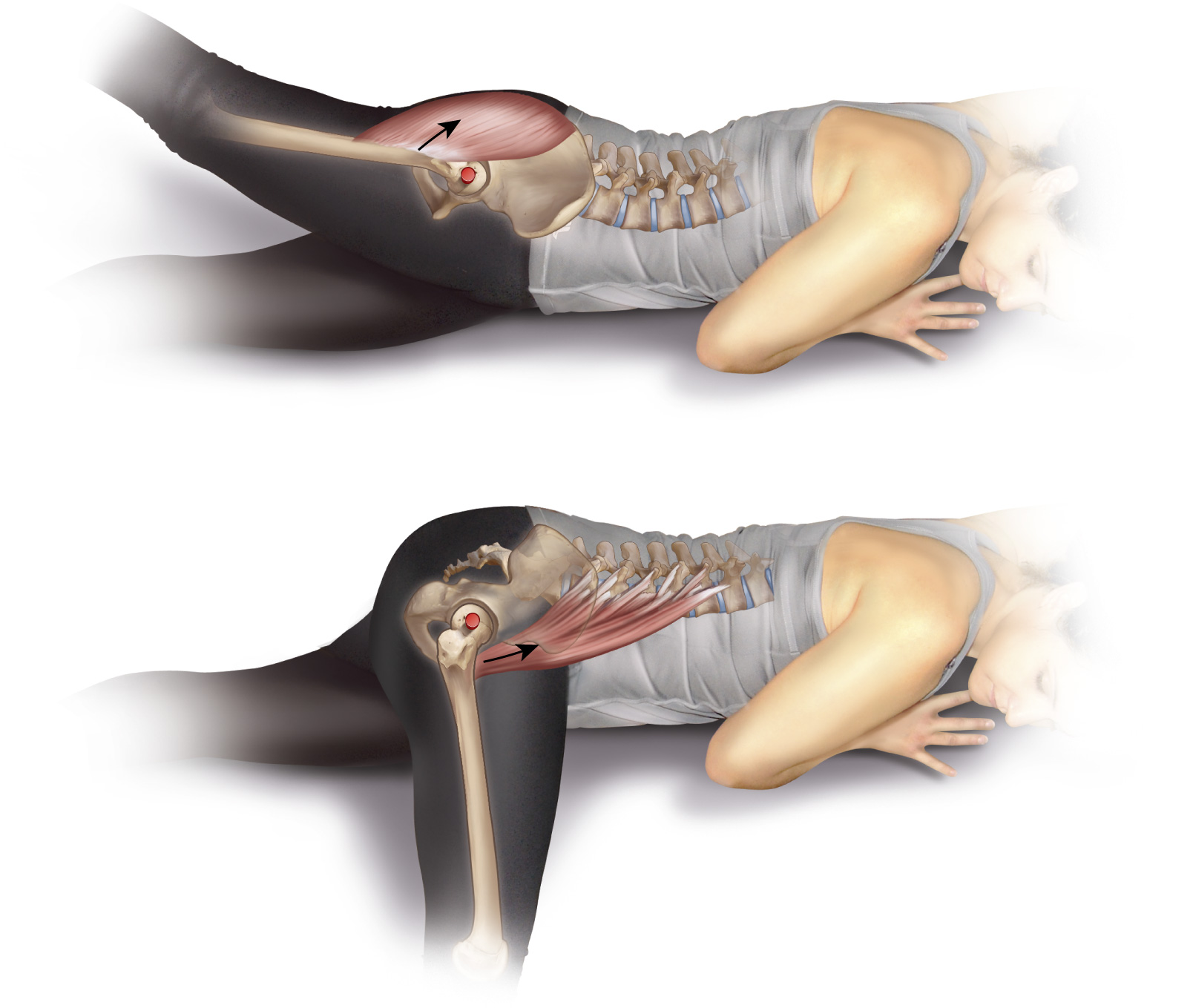