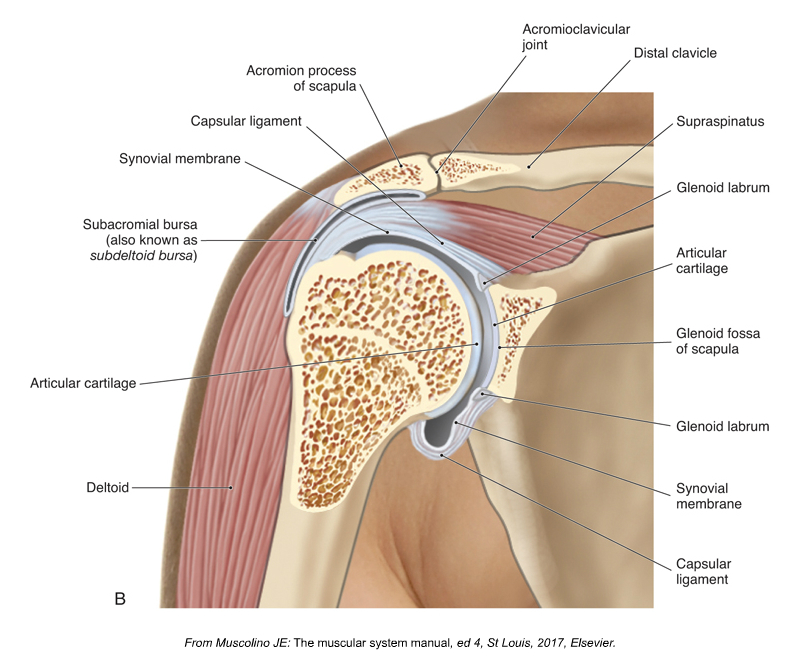 Shoulder Impingement against the Acromion Process

Shoulder pain is common problem that is treated by both manual therapists as well as orthopaedic surgeons. One type of shoulder pain is caused by impingement of the supraspinatus distal tendon between the head of the humerus and the acromion process. This impingement sometimes occurs as result of a bone spur that forms off the end of the acromion process or associated soft tissue located in the region (or perhaps due to a downward sloping acromion process). In either case, when the client raises the arm out in the air, the head of the humerus presses against the contour of the acromion, impinging the distal tendon of the supraspinatus tendon that is located between them.

Subacromial decompression surgery was introduced in 1972 as a treatment for this type of shoulder impingement. At the time, this procedure was developed without high-level evidence, but nonetheless, it is now the most common arthroscopic surgical procedure performed at the shoulder / glenohumeral joint. The rationale is that the shoulder pain is caused by physical contact during arm movement between the rotator cuff tendon and a spur of bone or associated soft tissue projecting from the acromion of the scapula, and that surgical removal of the bone spur and/or soft tissue (decompression) eliminates this contact and, thereby cures or reduces symptoms. 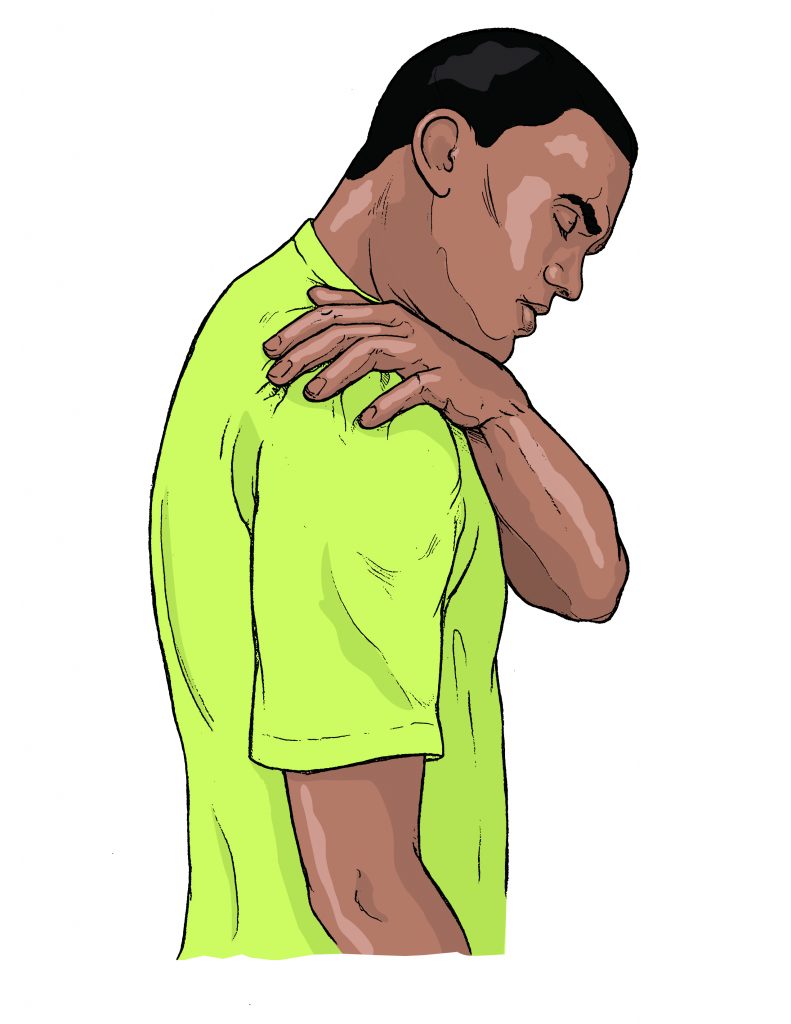 A new study from Oxford recently published in The Lancet medical journal (November of 2017) assesses the surgery’s effectiveness and investigates the mechanism for surgical decompression.

The study is a randomised, placebo-controlled, three-group trial at 32 hospitals in the UK with 51 surgeons. Participants were patients who had subacromial pain for at least 3 months with intact rotator cuff tendons, were eligible for arthroscopic surgery, and had previously completed a non-operative management programme that included exercise therapy and at least one steroid injection. Between Sept 14, 2012, and June 16, 2015, 313 patients were randomly assigned to one of three treatment groups: 106 to subacromial decompression surgery, 103 to “sham” arthroscopy only surgery, and 104 to no treatment (but required attendance of one reassessment appointment with a shoulder specialist clinician 3 months after study entry, but no intervention).

Arthroscopy only was a placebo as the essential surgical decompression element (bone and soft tissue removal) was omitted. In the surgical intervention groups, patients were not told which type of surgery they were receiving (to ensure masking / being blinded). Both actual and sham surgery participants received post-surgery physical therapy care. Patients were followed up at 6 months and 1 year after the interventions were given.

At 6 months, the mean Oxford Shoulder Score of 0 (worst) to 48 (best) was performed and did not differ between the two surgical groups (decompression mean of 32.7 points vs. arthroscopy mean of 34.2 points). Both surgical groups showed a small benefit over no treatment but these differences were not clinically important.

Surgical groups had better outcomes for shoulder pain and function compared with no treatment but this difference was not clinically important. The difference between the surgical groups and no treatment might be the result of, for instance, a placebo effect or postoperative physiotherapy. Additionally, within the two groups who did have arthroscopic surgery, actual arthroscopic surgical decompression appeared to offer no extra benefit over sham/placebo arthroscopy only.

The findings question the value of this surgical decompression procedure, and this should be communicated to patients during the shared treatment decision-making process when treatment options are being discussed. 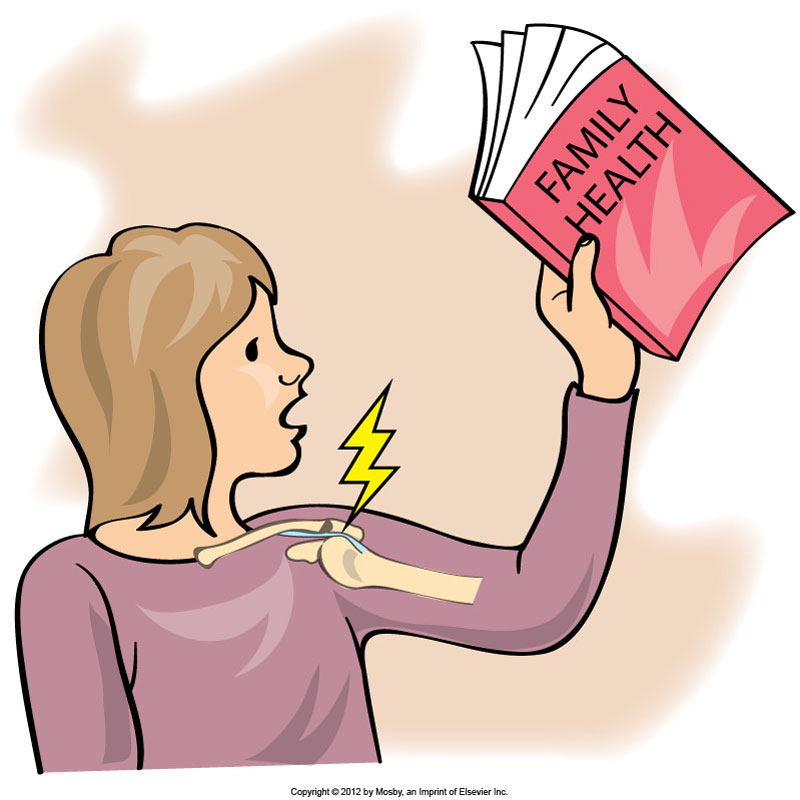 It would seem that if a large enough bone spur were present at the end of the acromion process, that it should have a mechanically irritating and inflaming (impinging) effect upon the supraspinatus distal tendon, causing tissue damage, dysfunction, and pain. It would be interesting to see if a follow up study could be done in which the success or lack thereof of each intervention is compared against the size of the bone spur. The working hypothesis might be that the patients with pain who have larger bone spurs are more successfully alleviated with actual arthroscopic decompression surgery.

This blog post article was created in collaboration with www.TerraRosa.com.au.