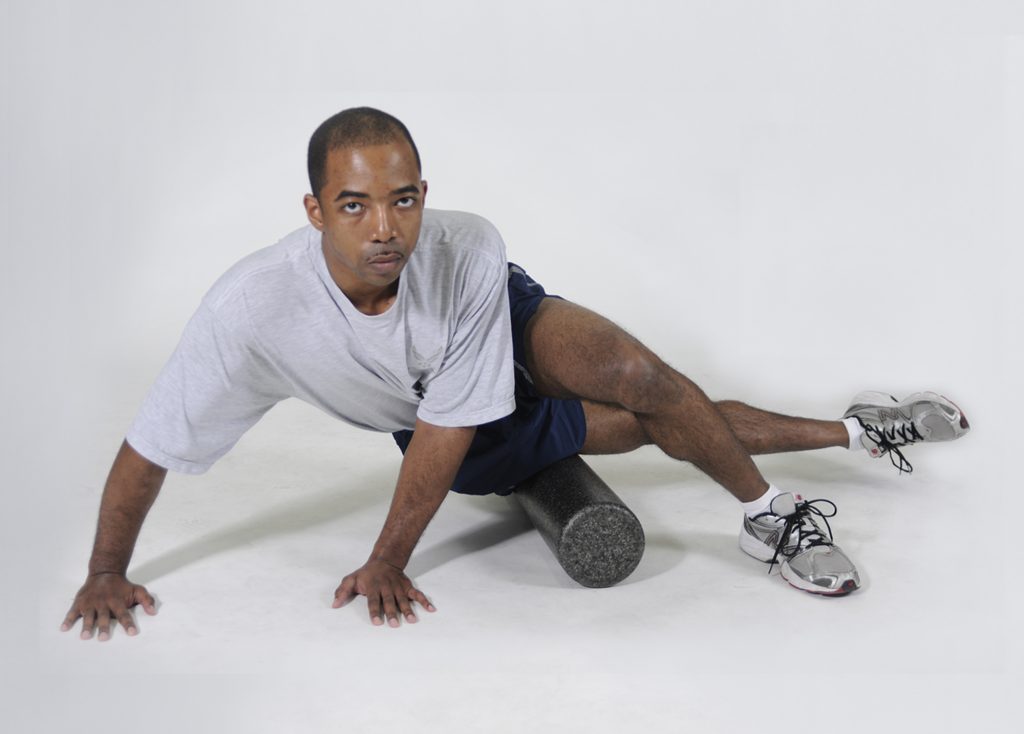 Foam rolling has been shown in research studies to increase muscle flexibility. Research studies have also shown that foam rolling produces cross education, or what is known as a cross-over effect, meaning rolling one side of the body can affect the range of motion of the opposite side (contralateral) of the body. This blog post article will discuss both the application of foam rolling to increase ankle joint range of motion (ROM), as well as how we can critically think to extrapolate information from a research study.

A research study from Spain explored further the effects of the application of foam rolling on ankle joint dorsiflexion mobility. It also examined the effect of foam rolling with vibration applied to ankle plantarflexor muscles.

The authors concluded that foam rolling with and without vibration increases ankle joint mobility, both in the treated limb, and via a cross-education effect, the untreated contralateral limb as well.

Comment by Joseph Muscolino – Extrapolating from a research study …

I would like to use this research study and article as a launching board for how we interpret and apply the results of a research study. There is always a certain risk in extrapolating too greatly from the results of a research study. Having said this, there can also be folly in not taking as step back and looking at the bigger picture and seeing that reasonable extrapolations can be made to increase our knowledge base and therefore our ability to treat our clients/patients.

In this case, the bigger picture is that foam rolling is a type of soft tissue manipulation. And if soft tissue manipulation with a foam roller is successful at increasing joint range of motion, and therefore joint function, then it is reasonable to conclude that soft tissue manipulation with another “tool” would be equally or similarly successful. These other tools might be hot stones, a T-bar, or a therapist’s thumbs, palms, or forearms. After all, what difference does it ultimately make what the tool is, as long as the application of force is the same, or approximately the same? We can quibble as to the relative effectiveness of one tool versus another, but it would seem to be extremely rigid and silly to argue that no extrapolation can be made; that if one application of force into the tissues has an effect, that another application of force would not have a similar effect.

For those who do insist on evidence-based proof for each shade of minutiae of conclusion, solace can be found in the eventual further studies to satisfy their scepticism. It just seems that it is impossible to create a study, especially a double blind, randomized control study with large populations, for every nuance and shading of difference in manual therapy treatment. 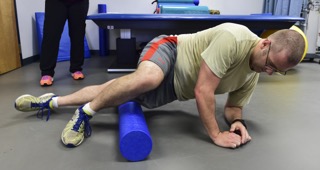 And even if all of these studies are eventually done, our clients/patients need to be treated today. We do not have the luxury of denying the potential value of all manual therapy treatment until the specific evidence rolls in. After all, the absence of evidence is not evidence of the absence.

Please do not misunderstand me. I am a great believer in research. Scientific research proves the reproducibility of a claim or assertion. If someone claims that a certain treatment technique is effective with their clients, then a research study can prove that it would also be effective with other therapists’ clients. But I do not believe that worshipping to the gods of evidence-based research should be an excuse to shut off our brains. As much as I respect research, I respect more a fundamental understanding of anatomy and mechanics, both physical mechanics and neural mechanics, and the critical thinking that can follow from there.

I would hope that a reasonable balance could be found between fanciful claims and extreme skepticism.

“Be open minded, but don’t be so open minded that your brains fall out.”

“The day before the apple fell on Newton’s head, it did not mean that gravity did not exist, it just meant that we did not yet have formula to describe it.”

Thank you for bearing through this soapbox speech of mine!

(Click here for the blog post article: Pain Science – Just as Colorful, Convincing, and Vocal as the Old Guard.)