A recent social media post showed photos of Michael Phelps with rounded shoulders and forward head posture. Comments were made that there is no such thing as perfect posture. That all posture is normal, and surely biomechanics do not matter. The proof is Phelps who has won 28 Olympics medals despite his poor posture. However, such simplistic thinking is problematic.

Phelps’ posture is common in competitive swimmers: head forward, rounded shoulders, flat lumbar spine, hips forward, and slight posterior pelvic tilt. Swimmers develop strong and hypertrophied musculature of the chest, upper back, arms, and shoulders, but not necessarily in balance and not necessarily in all other parts of the body. Muscle imbalance can caused swimmer’s shoulder, which is prevalent in competitive swimmers.

A 2017 review published in British Journal of Sports Medicine (Struyf et al. 2017) stated that a large number of shoulder revolutions in swimmers could easily overload soft tissue structures around the shoulder, which leads to pain while swimming, during daily activities, and at rest.

*Note: See chart below at the end of this blog post article for detailed findings from this study.

Use, Overuse, Misuse, and Abuse

Competitive swimmers practice 6-7 days a week with an average swim being up to 14,000 meters each day, which requires up to 16,000 shoulder revolutions per week. There is a price to pay for this. One study found that 47% of collegiate swimmers experienced shoulder pain persisting for three weeks or more, causing eventual alteration or cessation of their normal swimming routines. Another study of high school competitive swimmers showed that 72% used pain medication to manage their shoulder pain during practice. Nevertheless, there is still a belief among many in the swimming world that shoulder pain is normal and should be tolerated to complete practice. 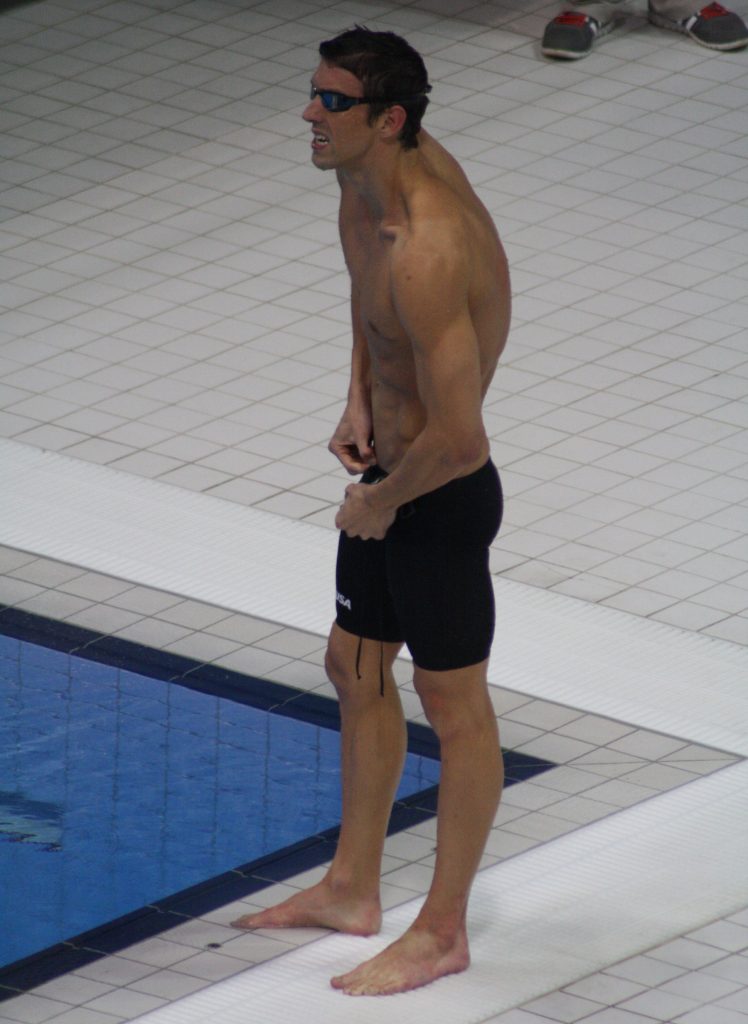 Swimmer’s shoulder can include several different pathologies, including rotator cuff tendinitis, shoulder instability, and shoulder impingement. Swimmer’s shoulder is a result of several factors such as postural distortion patterns, altered scapular kinematics, and muscular imbalances surrounding the shoulder and scapula. 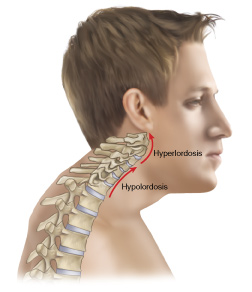 Stephanie Lynch and colleagues in an article commented that forward head posture can cause muscular imbalances and may change the position of the scapula and decrease the ability of the scapula to rotate upwardly, a common characteristic found in patients with shoulder impingement (upward rotation of the scapula is necessary to increase the space between the head of the humerus and the acromion process above). Shoulder impingement syndrome usually involves the distal tendon of the supraspinatus, the subacromial bursa (also known as the subdeltoid bursa), and the long head of the biceps brachii.

Did you know that Digital COMT (Digital Clinical Orthopedic Manual Therapy), Dr. Joe Muscolino’s video streaming subscription service for manual and movement therapists, has entire folders with video lessons on Pathomechanics, Assessment, and on Manual Therapy Treatment? Digital COMT adds seven new video lessons each and every week. And nothing ever goes away! Click here for more information.

Rounded shoulder posture is associated with a protracted position of the scapula, caused by a muscular imbalance between a shortened pectoralis minor and a lengthened rhomboids and middle trapezius muscles. This condition increases anterior scapular tilt (also known as upward tilt in which case the inferior angle of the scapula lifts up away from the thoracic rib cage wall) and scapular internal rotation (also known as lateral tilt in which case the medial border of the scapula moves away from the thoracic rib cage wall), which are associated with shoulder impingement. These altered scapular mechanics create shorter pectoralis minor length and decreased serratus anterior and lower trapezius activity.

Lynch’s 2010 study examined a program to correct the forward head posture of 28 elite swimmers. The program consisted of an 8-week stretching and strengthening program aimed at correcting the posture. The strengthening exercises targeted the periscapular muscles (muscles around the scapula) with an emphasis on scapula stabilization. The stretching intervention was aimed at increasing the flexibility of the pectoralis musculature and cervical neck extensors. The results showed that the exercise intervention successfully decreased forward head as well as the rounded shoulder postures in elite swimmers. Shoulder function, although not statistically different following the intervention, demonstrated a trend toward a decreased level of perceived shoulder pain and dysfunction.

A 2017 review looked at musculoskeletal dysfunctions associated with swimmer’s shoulder. The review found the following:

Specifically, the review identified that 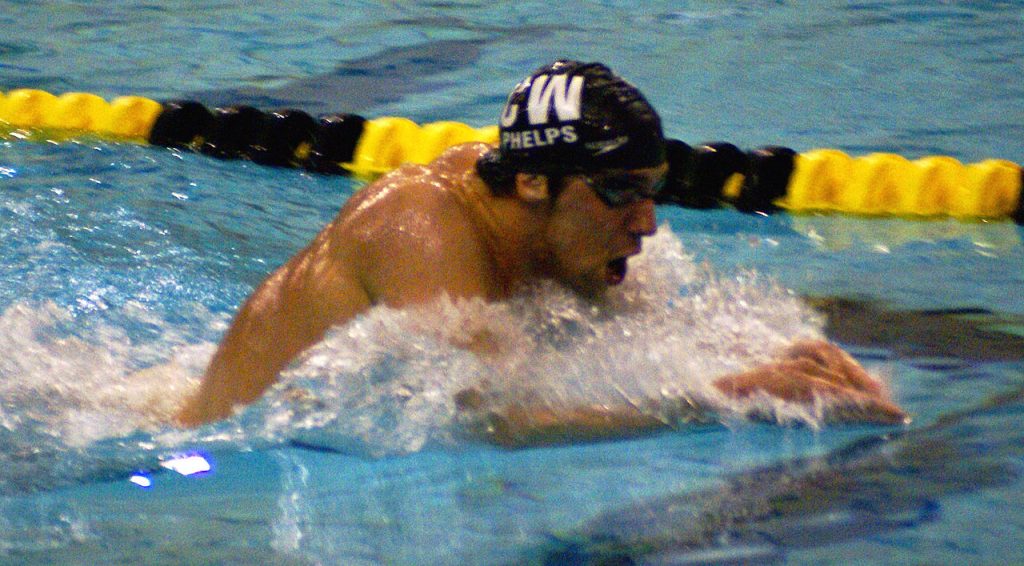 All in all, yes, many elite athletes can have poor posture; another example is that Usain Bolt has scoliosis. And certainly there is no such thing as a perfect posture. But this does not mean that postural distortion patterns from repeated use, overuse, misuse, and abuse are healthy either. Elite athletes suffer a high degree of injuries.

Further, certain distortional posture patterns may be unhealthy for regular life or for certain activities, but perhaps not for the sport that excessively demands that pattern and therefore causes it. For example, the rounded trunk and shoulder posture (Vladimir Janda’s upper crossed syndrome) that may be caused by excessive cycling is likely not a functional deficit for cycling itself because that is the posture required for that sport (although because of the excessive stress and demand on certain tissues, it might cause pain in time). So, harking back to the initial comments of this blog post article that mentioned someone stating that bad posture cannot matter because Michael Phelps was able to win all those medals with his bad posture, it is worth pointing out that perhaps if Michael Phelps were to try a sport that required more trunk extension and shoulder retraction and lateral rotation, he might not fare as well as someone who did not have his posture.

But I do like the old saying that goes:

“There is no such thing as a bad posture, as long as you don’t get stuck in it.”

The problem is that remaining in a certain posture for extended period of the time does tend to get us stuck in that posture because of neural facilitation, from the brain, everybody, including “pain science” folks :), that causes increased muscle tone (tightness) in certain muscles. And because of fascial adhesions. Both of these factors would likely lead to decrease potential for movement in the opposite direction because of the lack of soft tissue flexibility.

The Role of Manual and Movement Therapy

Manual and movement therapists can help these athletes improve their structural balance. Therapists may not “fix” the postural distortion pattern, or may not entirely fix it, but therapists might be able to provide balanced muscle tone across joints, whether it is across the shoulder joint complex in swimmers, or other joints for other athletes. From an overview of all the available evidence-based research, as well as a common-sense approach of critical thinking applied to fundamental principles of soft tissue and bony biomechanics, creating more balanced musculature and therefore a more balanced musculoskeletal posture just might help reduce the incidence of pain and injury in athletes. It certainly should decrease dysfunction!

Extreme Ends of the Spectrum and Confirmation Bias

The term “confirmation bias” refers to when a person has determined that a certain thought is true and then has a bias to only look at the facts that support that pre-determined view. In other words, instead of looking at ALL available evidence and then coming to a conclusion, the person comes to their conclusion and then sees only the evidence that supports that conclusion and ignores all other evidence that would seem to oppose it. This is very true in the world generally, and certainly also true in the world of health, and more specifically musculoskeletal health (better termed neuro-myo-fascio-skeletal health). The problem is that there is a plethora of research that can be support either end of the spectrum. In the purview of this blog post article, one end of the spectrum would be the strict pain science stance, and the other end would be a strict biomechanical structural stance. Ideologues tend to gravitate toward strict and rigid extreme interpretations and explanations. In recent years, pain science has come into vogue, and that is a wonderful thing because a strict biomechanical structural approach cannot explain all pain and dysfunction, by a long shot. But it seems that as is human nature, the pendulum is swinging too far, to the point that some pain science advocates discount that biomechanics and structure can ever matter. Truths are rarely found in extremes. They are usually found in more nuanced-thinking that involves a balance of the seemingly opposing truths found on each side.

This blog post was created in collaboration with www.terrarosa.com.au.

Did you know that Digital COMT (Digital Clinical Orthopedic Manual Therapy), Dr. Joe Muscolino’s video streaming subscription service for manual and movement therapists, has entire folders with video lessons on Pathomechanics, Assessment, and Manual Therapy? Digital COMT adds seven new video lessons each and every week. And nothing ever goes away! Click here for more information.

Differences in musculoskeletal function in swimmers with and without shoulder pain from the Struyf et al. 2017 article referenced above.