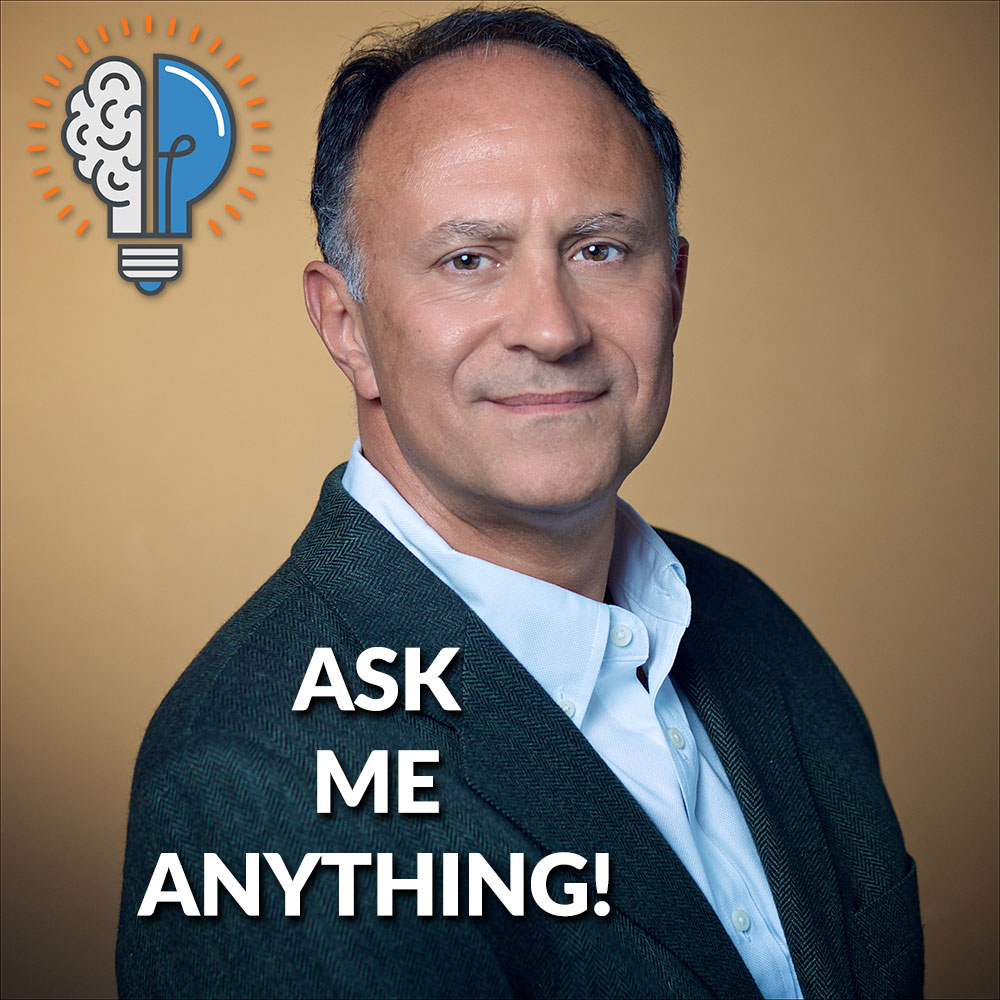 In my Ask Me Anything series of Blog Posts, the following questions was asked:

I have flat feet and overpronation. Will Pilates exercises help me resolve the problem? Or are orthotics my only option for preventing problems over the years from overpronation. Any perspective would be greatly appreciated!

Here is my response…

This response is not absolutely thorough and comprehensive, but in it, I try to address the major points raised with a considered response for the pros and cons of the choices.

Overpronation is a postural distortion pattern that displays with a fallen arch structure of the foot. There are usually two approaches that can be taken. 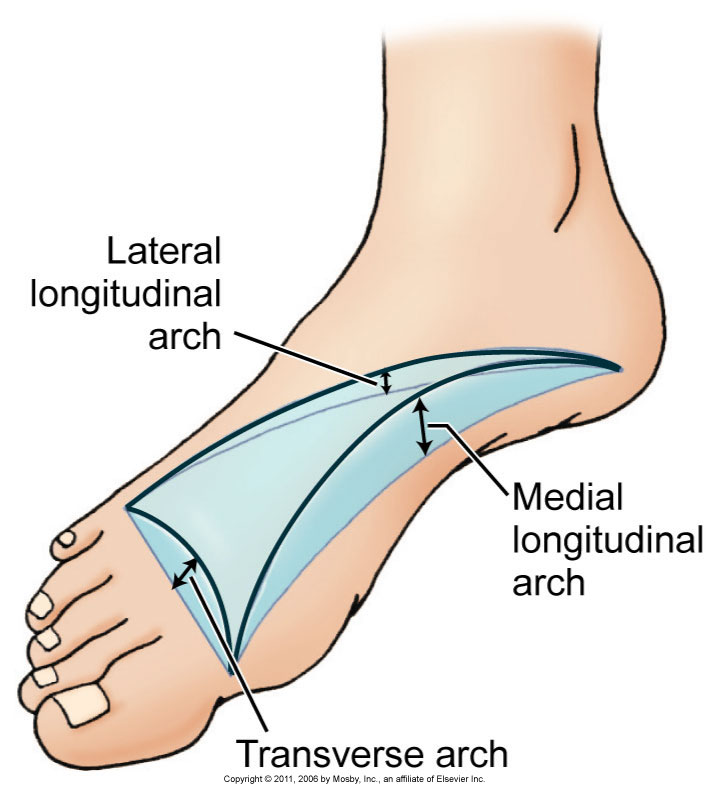 My first comment is that this does not need to be an either/or situation.

Orthotics can be worn AND exercises can be done.

The argument for wearing orthotics is that it immediately supports the arch structure, which can help to avoid the possible sequelae/consequences that can occur from overpronation. These sequelae include: 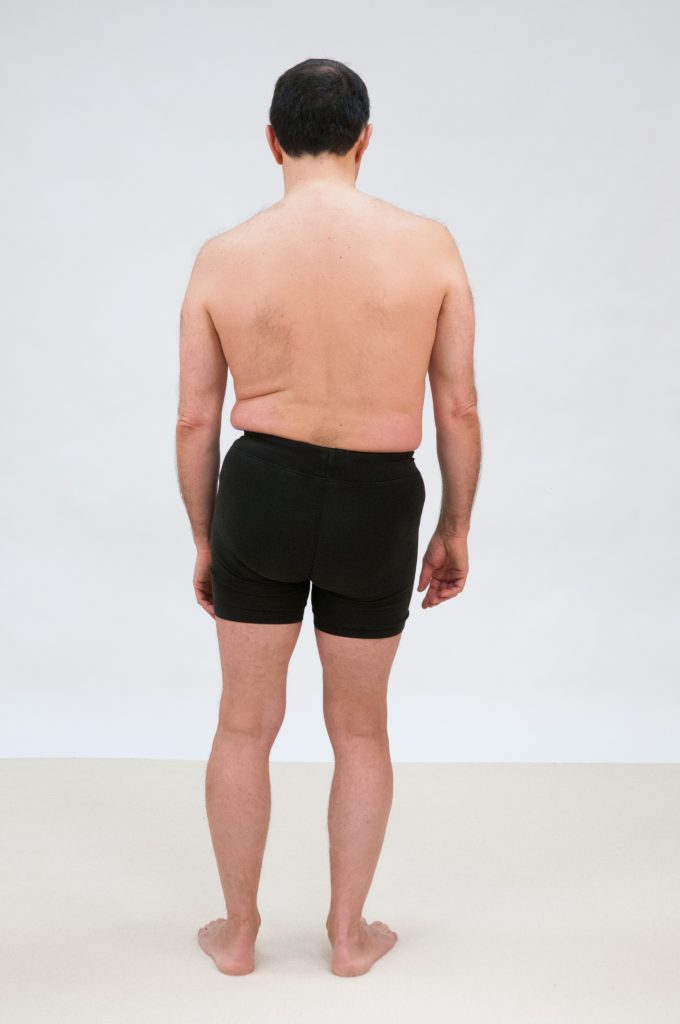 A dropped arch can result in a “short leg”, causing an unlevel pelvis, with a compensatory scoliosis. Permission Dr. Joe Muscolino

Now, none of these conditions will necessarily occur. Altered posture is NOT necessarily determinant of biomechanical and pain syndromes. The human body has a tremendous ability to adapt to asymmetries.

But, there IS an increased chance of all of these sequalae if an overly pronated foot is left unaddressed. So, there are a lot of arguments for wearing the appropriate orthotics. If this path is chosen, then there are a lot of choices for orthotics, from inexpensive store-bought ones to custom-made ones that can cost up to $1,000.00 USD. I will leave this question alone, other than to say, that perhaps one can start with inexpensive ones and see if they resolve the issue. If not, then more customized and expensive ones can be sought. One other issue is that the firmer the orthotic, the more likely it will be to control the overpronation; but the firmer it is, the less it allows for shock absorption that can affect all the weight-bearing joints above.

The argument against orthotics is that they are passive. They are crutches that do not address the underlying problem. And, in fact, the more they are worn, the less demand there is on the musculature of the body to work and strengthen to support the fallen arch structure. This follows the “Give a person a fish and s/he eats for a day; teach the person to fish and s/he eats for a lifetime.” Orthotics are the fish given for the day; strengthening exercises are teaching the person fish. 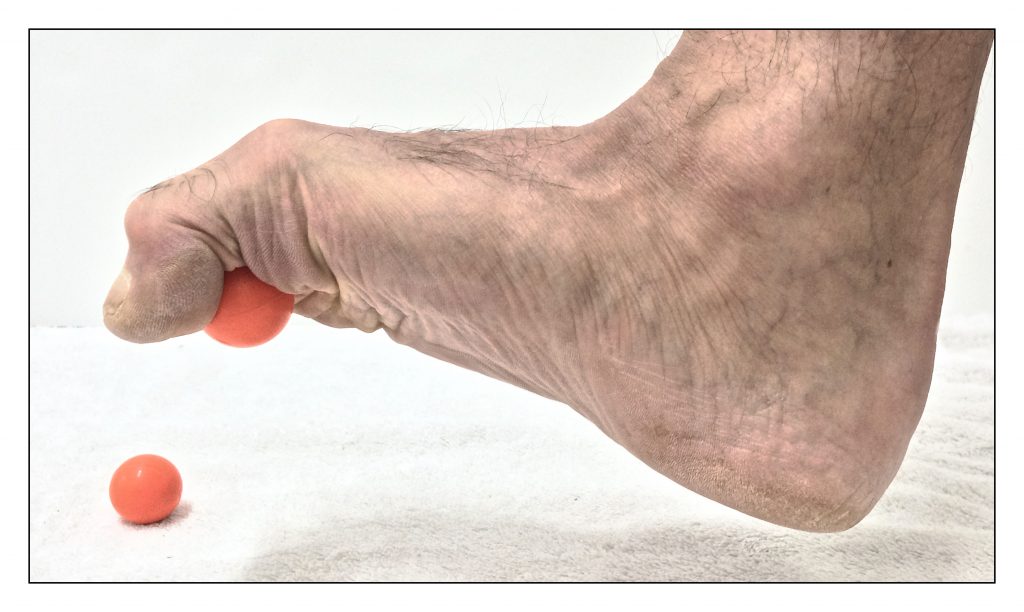 One approach for exercise for an overly pronated foot is to strengthen the plantar intrinsic musculature of the foot. Permission Dr. Joe Muscolino.

So, what exercises are appropriate? The goal would be to strengthen all muscles that help to support the arch structure of the foot. They are the:

And the second objective is to loosen any tight musculature that might tend to hold the foot locked in pronation. These muscles would effectively be the antagonists of the muscles listed above. Namely, the: 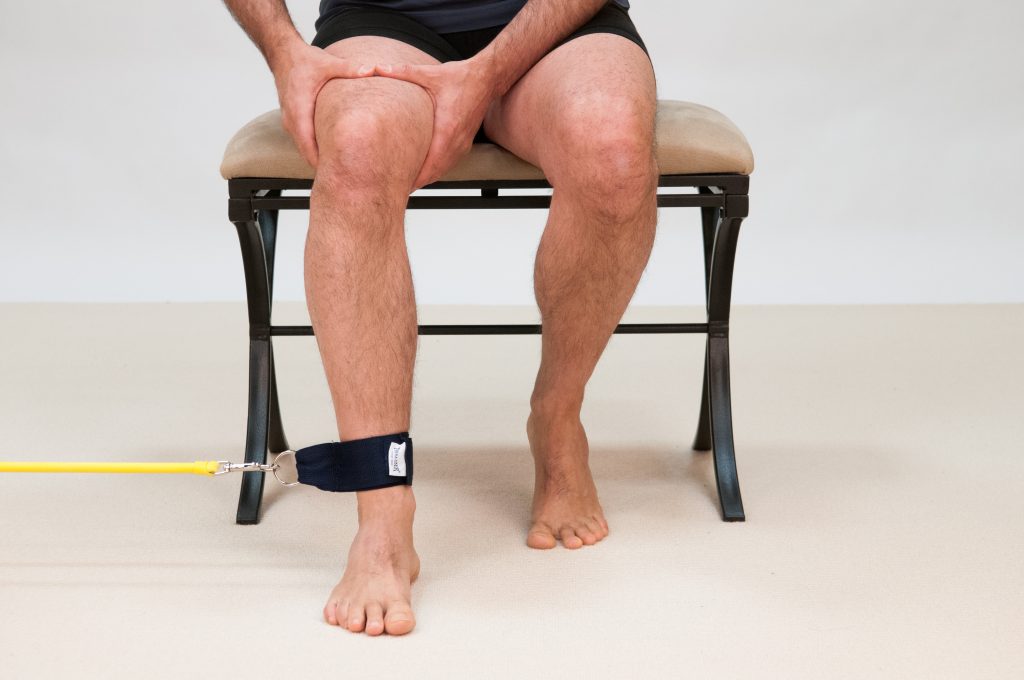 My question is whether the active exercise-approach can succeed. The answer to that question is determined by how extreme the overpronation is and how chronic it is. The chronicity issue is especially important because the longer it has existed, the more the musculature has adapted (via neural facilitation, aka muscle memory) and become overly-facilitated and overly-inhibited. The longer this postural distortion pattern has been present, the harder it is to change the neural patterns. Another problem with chronicity is that the longer the overpronation has been present, the more likely that there are fascial adhesions that have built up. The greater the fascial adhesions, the more challenging it will be to loosen/melt them (break them up) and the more likely that manual therapy in the form of soft tissue manipulation massage and joint mobilization (whether it is slow-oscillating Grade IV or fast-thrust Grade V) is needed.

Part of the question was specific to Pilates. My belief is that Contrology Pilates (Contrology is the name that Joseph Pilates gave to his method of body conditioning) is the one best approach to body conditioning. First, the exceptional emphasis placed on strengthening the core is extremely important for an overly pronated foot, especially the emphasis on strengthening the gluteal musculature (so important for lateral rotation of the hip joint as well as abduction at the hip joint). And Pilates has the Foot Correct and the Toe Exerciser, two small apparatus for addressing issues of the foot. 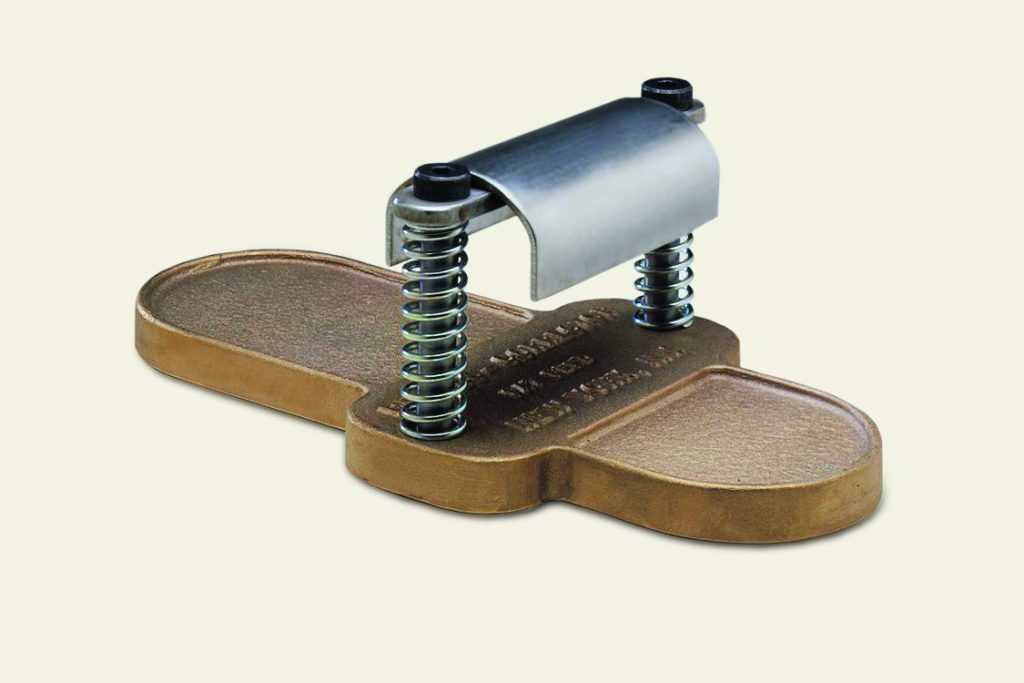 Challenge for the Exercise Approach

I, myself, am a bit pessimistic about the ability of active exercises to completely ameliorate an overly pronated fallen arch structure, especially if it is chronic. One additional reason for this is that once the arch structure has fallen, the ligaments of the foot that are responsible to prevent excessive pronation (plantar fascia, spring ligament, and the long and short plantar ligaments) stretch out and become weakened; this is in addition to the weakened musculature. And once ligamentous fascia overly stretches, it is extremely unlikely that it will tauten up again. This means that the weakened musculature that was not able to support the arch in the first place, now has to become sufficiently strong enough to do the job it was supposed to do; AND be even stronger to compensate for the weakened ligament structure. That is a tall order! 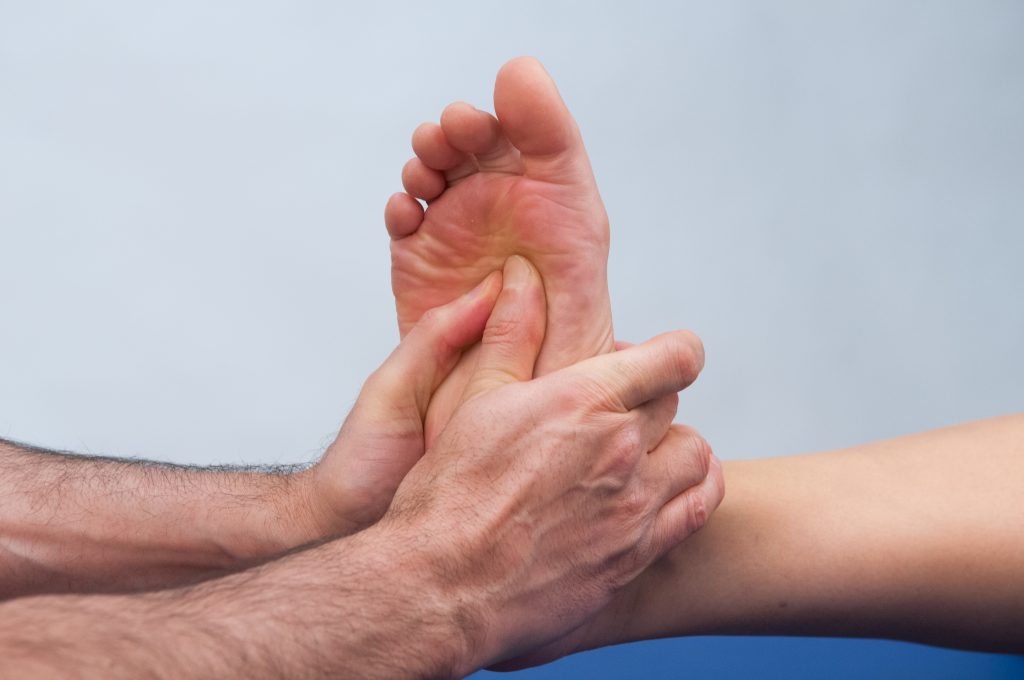 If you would like to submit a question for me to answer in this series of “Ask Me Anything” blog posts, please email the question to me at joseph.e.muscolino@gmail.com.