What are the cervical spinal joints? 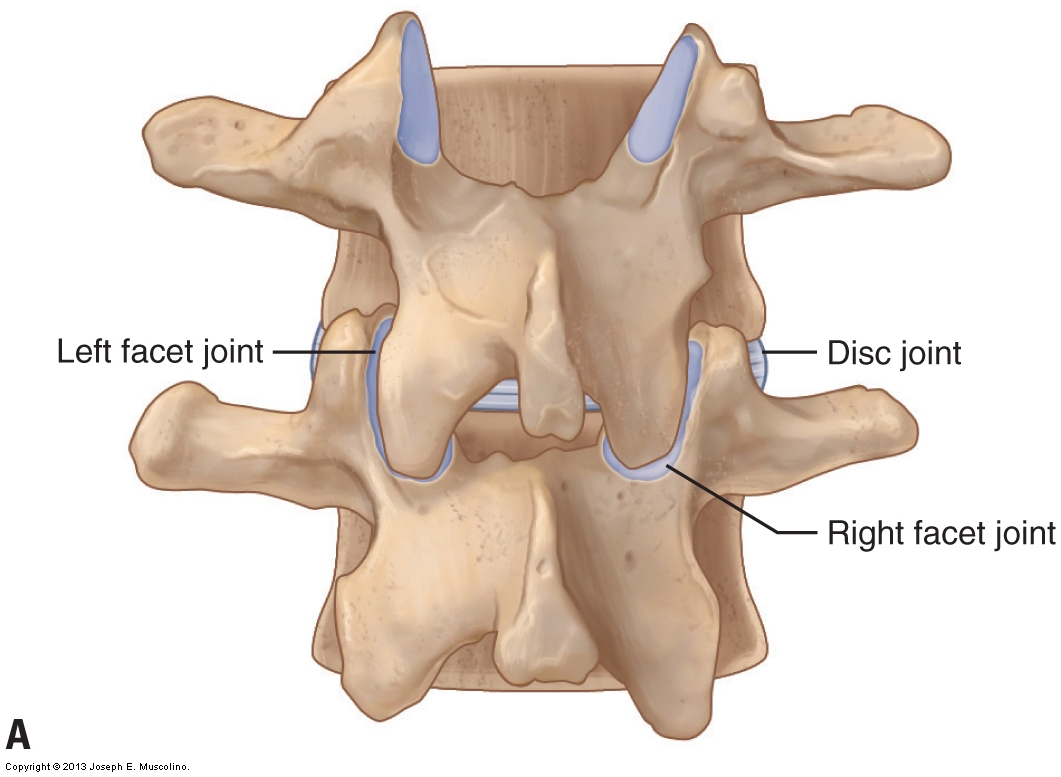 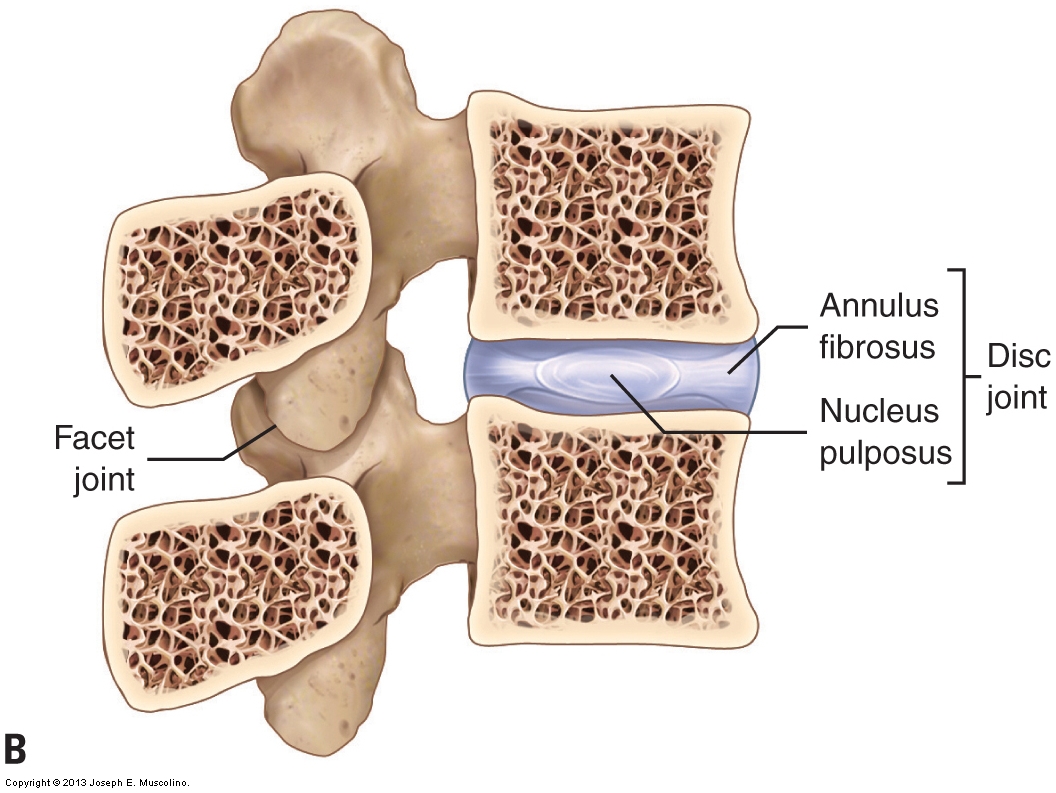 Figure 5. The disc and facet joints of the spine. A is a posterior view. The disc joint is located anteriorly; the paired facet joints are located posterolaterally. B is a right lateral view of a sagittal plane cross section. The disc joint is composed of the outer annulus fibrosus fibers and an inner nucleus pulposus. (Courtesy of Joseph E. Muscolino – Manual Therapy for the Low Back and Pelvis – A Clinical Orthopedic Approach 2015.)

The disc joint is a cartilaginous joint that is composed of outer fibers called the annulus fibrosus that encircle the inner nucleus pulposus. The annulus fibrosus is composed of 10 to 20 layers of fibrocartilaginous fibers that attach along the periphery of the bodies of the two adjacent vertebrae. The annular fibers provide a strong and stable enclosure for the nucleus pulposus. The nucleus pulposus is a thick jelly-like substance located within the disc joint. It has two main functions:

As a whole, the disc joint itself has three major functions:

The atlas is a ring-shaped bone with both an anterior and a posterior arch. The atlas has no body, therefore there can be no disc joint between it and the adjacent bones, the axis below and the occiput above, because by definition, a disc joint is located between the bodies of adjacent vertebrae. 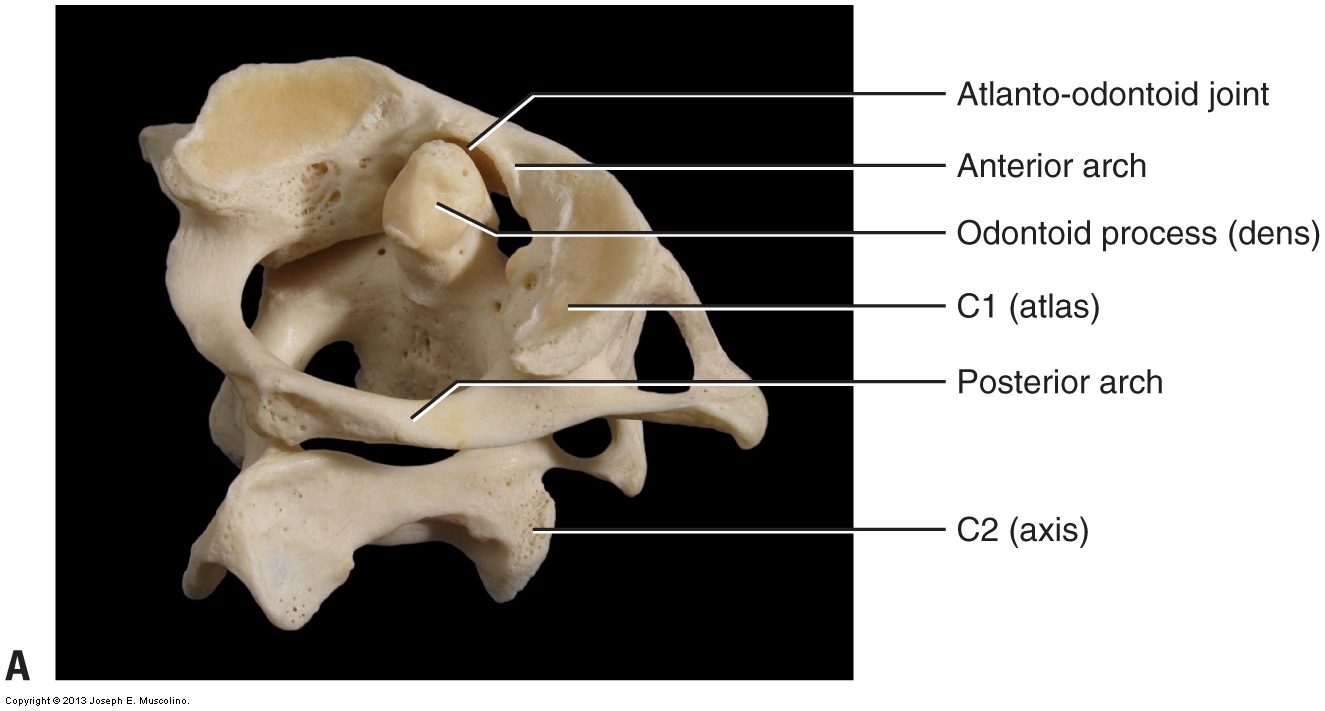 Figure 6. Atlantoaxial and atlanto-occipital joints, posterolateral oblique views. (A) The atlantoaxial (C1-C2) joint located between the atlas and axis. (B) The atlanto-occipital joint located between the atlas and the occiput of the skull. (Courtesy of Joseph E. Muscolino. Photography by David Eliot. Originally published in Kinesiology: The Skeletal System and Muscle Function, 3ed. 2017. Elsevier.)

The disc joint determines how much vertebral motion is possible at a particular segmental level, and the facet joints determine the type of motion (i.e., the direction of motion) that can occur there. At the upper cervical spine, the plane of the facets is perfectly horizontal in the transverse plane. As we descend the cervical spine, the orientation of the facets gradually transitions to be more vertical in the frontal plane. As a general rule, the plane of the cervical facets is usually considered to be an oblique plane with an approximately 45-degree angle between the transverse and frontal planes (Fig. 7A). This angle is often compared to that of the slope of a roof. The type of motion best afforded at each vertebral segmental joint level is important to know and understand when performing joint mobilization (whether it is Grade IV “arthrofascial stretching” or Grade V “chiropractic mobilization / manipulation / adjustment). 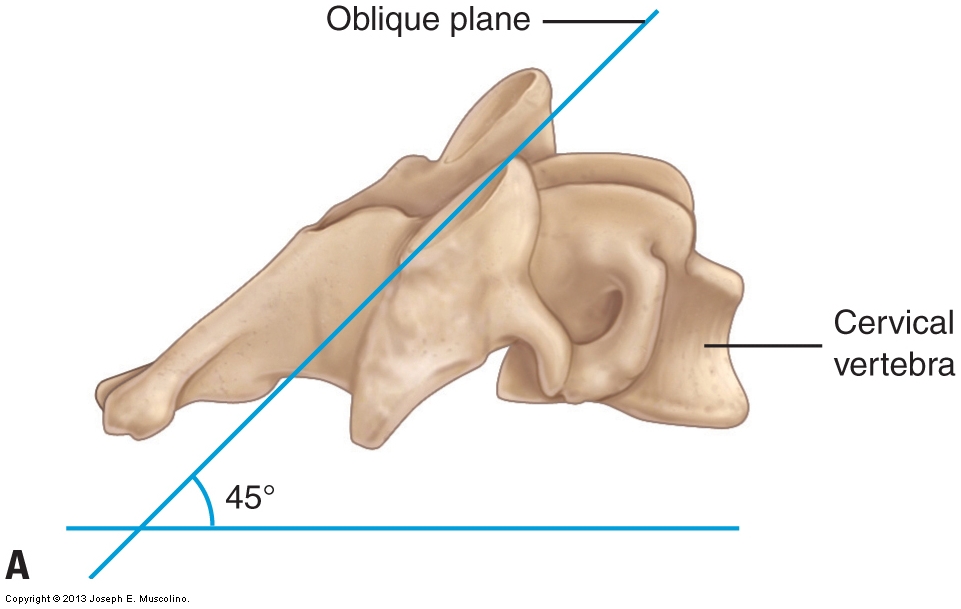 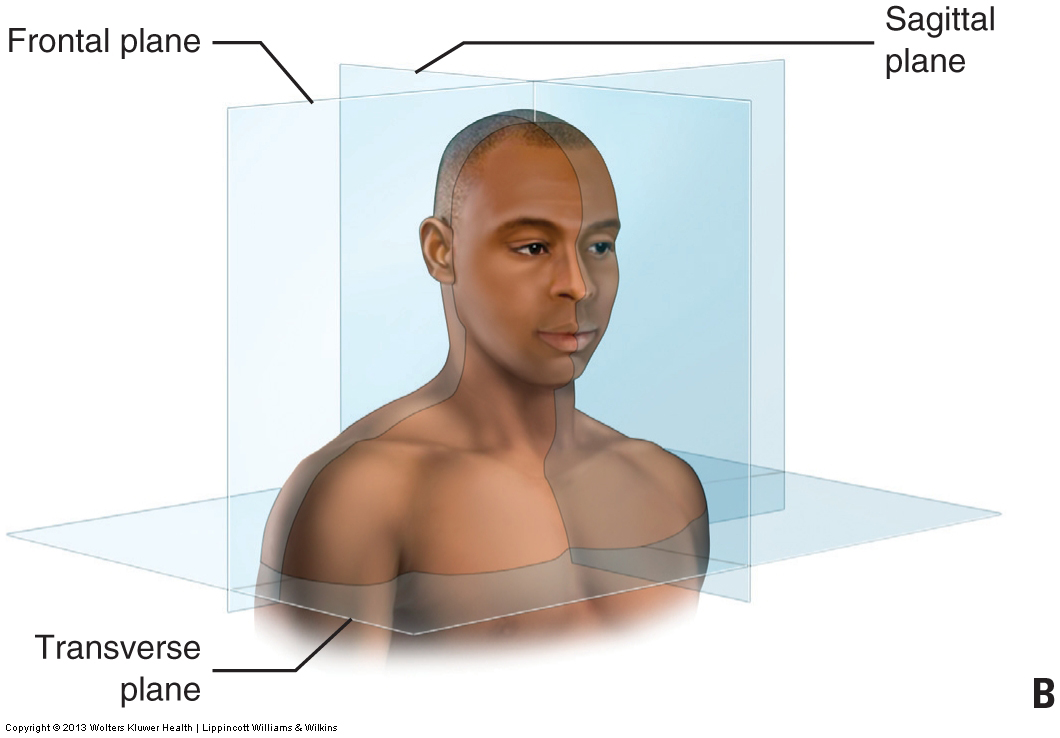 Figure 7. Plane of the facet joints of the cervical spine. (A) The plane of the cervical facets is situated at an approximately 45-degree angle between the transverse and frontal planes. Right lateral view. (Courtesy of Joseph E. Muscolino – Originally published in Advanced Treatment Techniques for the Manual Therapist: Neck. 2013.) (B) Review of all three cardinal (major) planes of the body.

Note: This blog post article is the second in a series of six posts on the